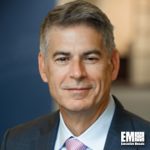 The Army Contracting Command Detroit Arsenal (ACC-DTA) has awarded Mission Essential a five-year contract to provide critical linguist support to the U.S. Armed Forces in the Republic of Kosovo, the company reported on Monday.

“Mission Essential has a rich history of providing unparalleled language and cultural services to the United States Armed Forces,” said Mission Essential President Al Pisani. “We are proud to contribute our linguistic expertise to our servicemen and women in Kosovo. This award continues our strong and long-standing partnership with the United States European Command.”

In addition to the Mission Essential’s contract with ACC-DTA, the company received a potential seven-year, $95 million contract to advise and assist the U.S. Air Force on administration, management, policy development, systems operation and decision-making matters in Nov. 2019.

Eleven offers were submitted to the 764th Specialized Contracting Squadron for the indefinite-delivery/indefinite-quantity contract via a competitive bidding process. USAF is obligating $2,500 in fiscal 2020 operations and maintenance funds at the time of award. Contract work is scheduled to occur through Sept. 12, 2026.