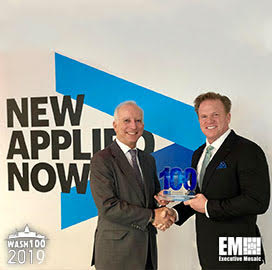 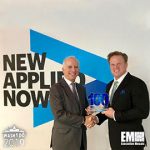 Executive Mosaic recognizes Goodman for his work advancing digital technologies and intelligence distributed systems. We are happy to present the most coveted award in government contracting to John Goodman of Accenture Federal Services.

In addition, Goodman is a member of the board of directors on the Northern Virginia Technology Council, Atlantic Council and the Council on Foreign Relations. He is also the immediate past chair of the executive committee for the Professional Services Council.

On Monday, the House passed a $733 billion defense policy bill, by a 220 to 197 vote, for fiscal year 2020. The lower chamber’s 2020 National Defense Authorization Act is $17 billion less than the president’s budget request. Lawmakers are expected to meet in the coming months to reconcile the House NDAA with the Senate’s