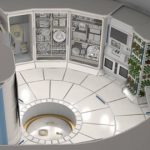 NASA has awarded six companies separate contracts worth up to $65 million combined to help the agency research concepts and develop ground prototypes for deep space habitats.

The six companies will perform work over a two-year period and contribute at least 30 percent of the overall program cost, NASA noted.

“We are now adding focus and specifics on the deep space habitats where humans will live and work independently for months or years at a time, without cargo supply deliveries from Earth, ” Crusan added.

NextSTEP-2 efforts will support commercial investment in low-Earth orbit, operational deep space habitation for missions near the moon as well as the planned expedition to Mars in the 2020s,  according to NASA.

The prototypes will be developed to help establish design standards, common interfaces and requirements and mitigate risks for the final flight systems.