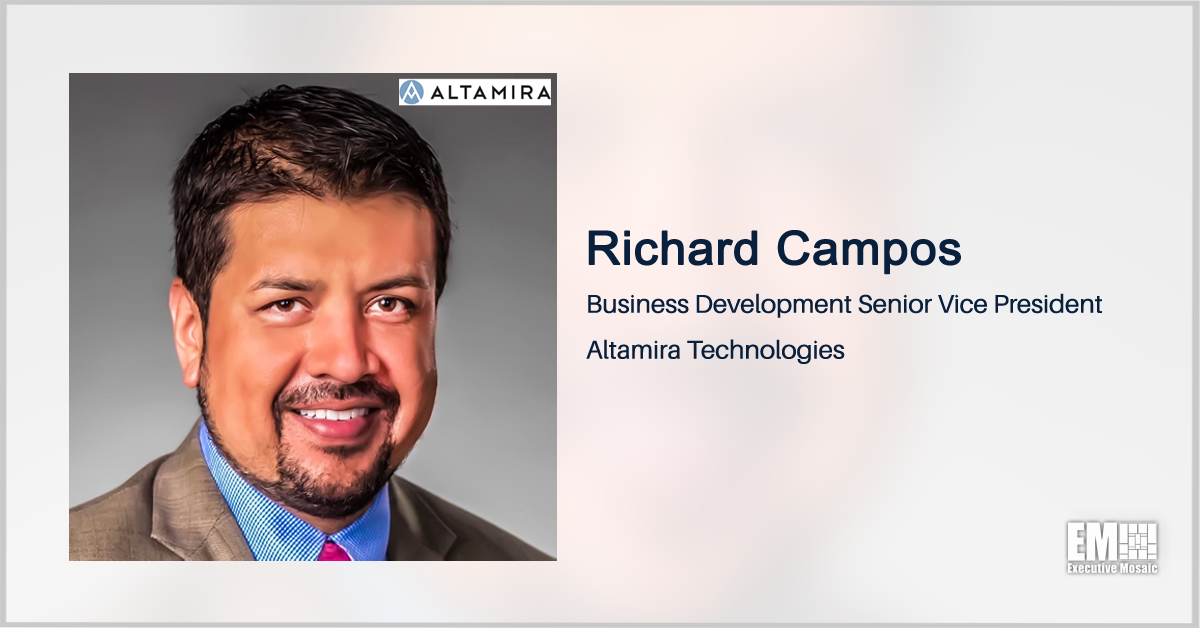 He will be responsible for Altamira’s efforts to communicate its growth strategy and create value for shareholders, the engineering and analytics technology contractor said Thursday.

Previously, Campos held a nearly two-decade career with Raytheon where he started his career as a senior software engineer and technical lead. His previous responsibilities included oversight for the company’s intelligence surveillance reconnaissance campaign, portfolio of infrastructure and application services portfolio, and geospatial intelligence-related capture and business development efforts.