President Donald Trump has signed an executive order directing the federal government to launch an initiative to drive the adoption of small modular nuclear reactor technology across national defense and space missions.

Trump ordered the Department of Defense to establish a plan for demonstrating alternative energy resources for military installations through the use of microreactors licensed by the Nuclear Regulatory Commission.

Under the order, NASA must also establish requirements for utilizing nuclear energy for human- and robot-driven space missions through 2040 in line with the directive.

In addition, the EO mandates the Department of Energy to continue a $115M program designed to examine the feasibility of high-assay, low-enriched uranium concepts for the military’s advanced reactors.

The DOE secretary must work with the heads of DOD, NASA and the Office of Management and Budget in HALEU-related efforts such as concept transition to the private sector.

The order also calls for the development of a common roadmap to facilitate nuclear reactor projects through 2030. 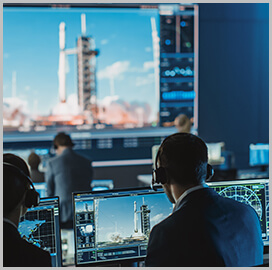