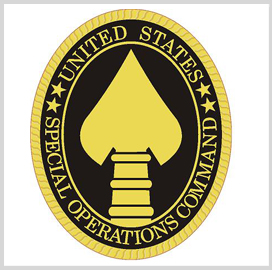 SOCOM received 10 proposals for the IDIQ via a full and open competition and obligated $1,500 to each winning contractor at the time of award.

The U.S. Army has awarded 17 companies positions on a potential $1.6 billion contract for commercial software, hardware and related incidental services. Army Contracting Command received 50 offers for the firm-fixed-price contract and will obligate funds upon award of each task order, the Department of Defense said Tuesday. The vendors will compete for orders to