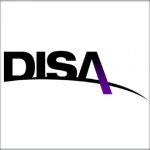 Each indefinite-delivery/indefinite–quantity contract has a five-year base period that runs through April 12, 2023, and five one-year options that could extend work until April 12, 2028, the Defense Department said.

HPE, URS and ViON will respectively deliver Itanium, Z-series and System P chip sets to DISA facilities or other locations where the agency may assume an operational responsibility.

The Defense Information Technology Contracting Organization received three proposals for the IDIQs via a solicitation process on FedBizOpps.

Contract details for each awardee are provided below: