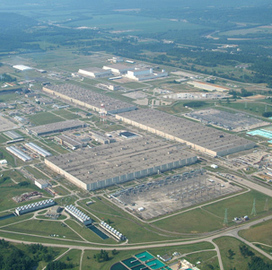 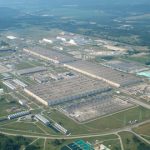 The Energy Department has exercised a contract option valued at $750 million to extend decontamination and decommissioning work at the Portsmouth Gaseous Diffusion Plant in Ohio to be performed by a Fluor-led (NYSE: FLR) team.

Bruce Stanski, Fluor Government Group president, said the partnership has so far disposed of “millions of cubic yards” of waste, processed $1 billion in uranium inventory for the barter and removal program and shipped at least 7, 000 process gas system components.

The Portsmouth Gaseous Diffusion Plant in Piketon, Ohio, was launched in 1954 as part of government efforts to produce uranium for nuclear weapons production and fuel military reactors.

Uranium fuel supplier Centrus Energy stopped uranium enrichment operations at the plant in May 2001 and de-leased the plant back to DOE in September 2011.