Pentagon Kicks Off Bids for $17B ‘Encore III’ IT Contract 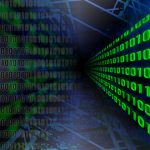 The Defense Department has started to accept bids for a potential 10-year, $17.5 billion contract that will cover global information technology services to military and defense customers, Nextgov reported Thursday.

Frank Konkel writes the Defense Information Systems Agency issued the request for proposals for the Encore III contract that is intended as a major component of Pentagon’s Joint Information Environment.

The indefinite-delivery/indefinite-quantity contract contains a five-year base period and five one-year options, according to the report.

Encore III follows the Encore II contract awarded in 2008 to 26 companies and Deltek estimated in 2014 that defense agencies pumped nearly $5.8 billion in IT offerings under the latter vehicle.