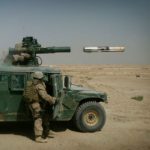 Jacobs has been selected to provide technical design and planning advisory services to Enfield Council for the delivery of strategic infrastructure at Meridian Water, a $7.75 billion, 20-year regeneration program in Upper Edmonton, in the London Borough of Enfield, North London, the company announced on Wednesday.