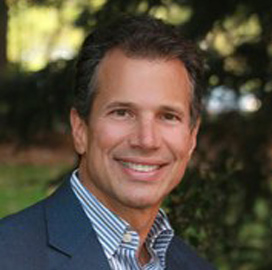 Police developed strategies, built up a sales organization and launched mobility solutions for federal, state and local governments for Apple, where he was responsible for all levels of government operations and worked from 2004 through October 2011.

He joined Apple after close-to-17-years with Oracle, most recently as senior vice president of higher education and healthcare sales and SVP of sales operations for Oracle Service Industries.

The more-than-25-year information technology executive previously served as Oracle’s VP of Defense Department and intelligence operations and VP of state and local government sales, among other positions.

Police earned a undergraduate degree in business logistics from Pennsylvania State University and has recently conducted leadership seminars at its college of business.

According to Penn State, “during his tenure (with Oracle), Police was involved in designing solutions through a period of rapid technological advancement for some of the largest scale customer data problems from mainframe to client-server to the World Wide Web.”

He has also established an an Education Trustee Endowment for Penn State’s College of Information Sciences and Technology, completed an executive studies program at the Darden School of Business at the University of Virginia, and a leadership development program at the Center for Creative Leadership in Colorado.

According to the company, SAP NS2 provides IT products and services to national security customers, government contractors and other clients, including:

SAP NS2 works across its operations to “mange, analyze, transact and mobilize massive amounts of information in real time — from the headquarters to the data center to the front lines, ” the company says on its website.