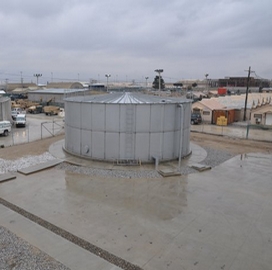 A joint venture of CH2M Hill and Clark Nexsen has won a one-year option on a U.S. Navy contract for architect, engineering and design services for energy efficiency projects.

The indefinite-delivery/indefinite-quantity contract held by CH2M Hill Clark Nexsen Energy Partners is now worth up to $180 million and extends work through July 2014, the Defense Department said Thursday.

This one-year award comes nearly a year after the joint venture won another $60 million modification to continue work for an additional year.

CH2M Hill Clark Nexsen Energy Partners will perform 80 percent of the work in the U.S. and the rest overseas.

The Navy will obligate fiscal year 2013 and 2014 operation and maintenance funds on individual task orders as the branch issues them.