Spear is the creation of Richard Pineda, Noel Samuel and Gino Antonelli, who established the company in February, according to the company announcement.

The new company will deliver IT services, consulting and business process outsourcing services primarily to business partners and federal customers.

Antonelli will serve as chief operations officer and Samuel as chief financial officer for Spear.

The founders have more than 60 years of combined IT and consulting solutions experience, according to Spear’s announcement.

Boeing (NYSE: BA) has received a $30M contract to help the U.S. Navy develop a supersonic ramjet missile element as part of the service branch’s modernization of its carrier-based weapons and air strike fighters. 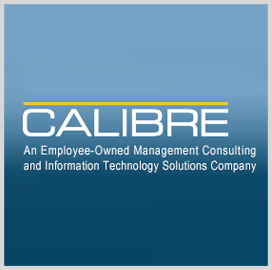 Calibre Systems has purchased Herndon, Va.-based information technology services contractor Spear for an undisclosed sum. Joe Martore, Calibre president and CEO, said in a statement released Wednesday the acquisition presents an opportunity for the company to offer a diverse set of IT platforms and certified resources, further support clients and expand connections. Calibre is an
Sponsor