The Space Force intends to spend $3.7 billion on two additional MUOS satellites that will launch by the end of 2030, according to the service’s budget request for fiscal year 2023.

The MUOS constellation has four active satellites and one on-orbit spare that Lockheed Martin built for the U.S. Navy. The Space Force assumed responsibility for the MUOS program in March.

Baker said the service has not yet established a timeline for a contract award and that the spacecraft may feature new capabilities and will have common user interfaces with other on-orbit systems.

“The satellites . . . will meet or exceed the current system performance requirements and have compatible interfaces to ensure seamless integration with the MUOS ground systems and continuity of operations,” she noted. 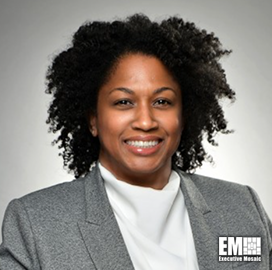 TYSONS CORNER, VA, February 24, 2021 — Northrop Grumman (NYSE: NOC) demonstrated the ability of its SharkSat payload to gather performance and telemetry information following its departure from the International Space Station and then send the data to mission controllers for validation of the potential addition of new software to an in-flight satellite, ExecutiveBiz reported