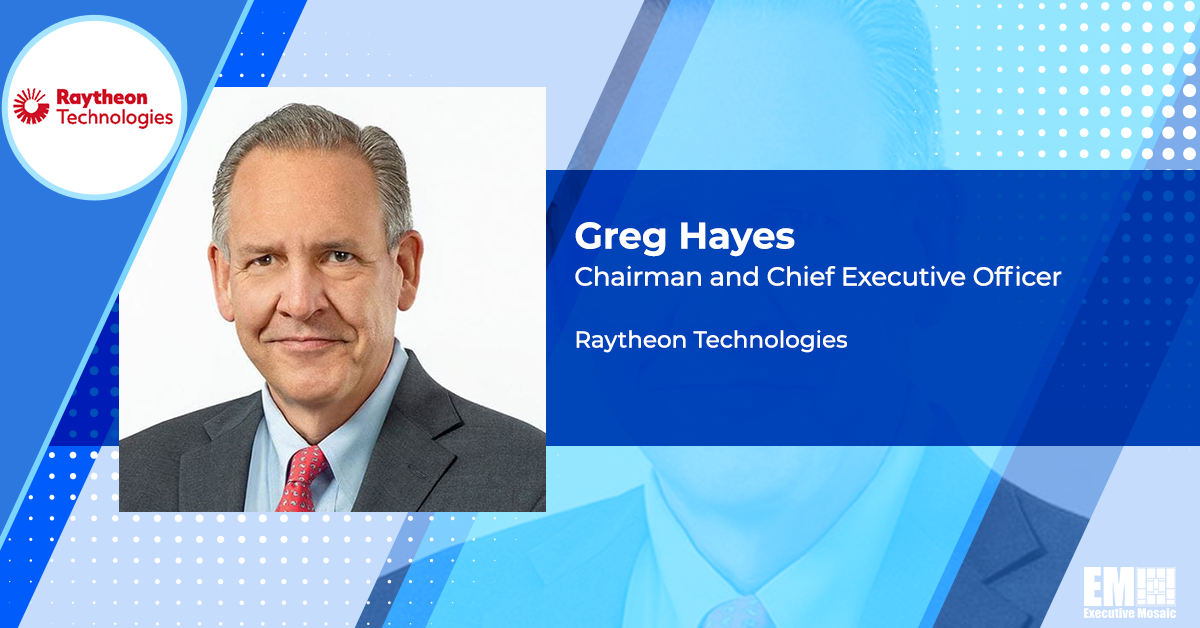 Raytheon Technologies (NYSE: RTX) reported $17 billion in fiscal 2022 third quarter sales, reflecting a 5 percent increase from the same period last year, and posted a total backlog of $168 billion at the end of the quarter with defense business accounting for $67 billion of that figure.

“Our $168 billion company backlog grew over $6 billion in the quarter, and will continue to grow as we invest in next-generation technology and innovation to deepen our industry-leading positions to deliver sustained value for our customers and shareowners,” Raytheon Chairman and CEO Greg Hayes said in a statement released Tuesday.

The company’s Collins Aerospace business saw its Q3 2022 sales climb 11 percent to $5.1 billion, while Pratt & Whitney reported $5.4 billion in sales, up 14 percent from the prior-year period.

In a Tuesday morning earnings call, Hayes talked about efforts to deal with inflation, labor and supply chain challenges facing the company.

“On the microelectronics front, we’re working closely with our distributors and the OEMs to bring more capacity online. We also have a direct engagement, which has led to higher deliveries and an acceleration of expected recoveries for certain wafers and chips,” Hayes said during the earnings call.

He noted that the company is leveraging contract labor agreements and raw material contracts to help address labor and inflation headwinds.

Raytheon’s Q3 operating cash flow from continuing operations was $778 million and that it expects to record full-year 2022 sales of $67 billion to $67.3 billion.