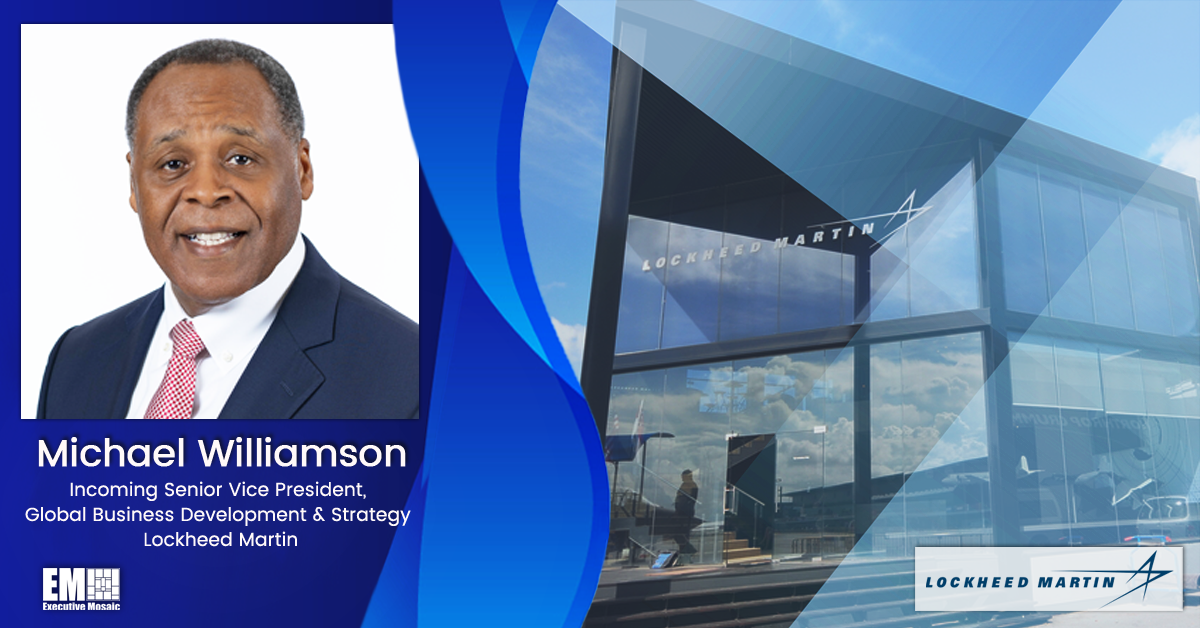 Michael Williamson, vice president and general manager of missiles and fire control at Lockheed Martin (NYSE: LMT), will assume the role of senior VP for the company’s global business development and strategy on Nov. 1.

He will succeed Tim Cahill, who will transition to the role of executive VP of the company’s MFC business segment, Lockheed said Wednesday.

“As we develop the 21st Century Security technologies and capabilities to ensure our customers remain ahead of ready, I can’t think of a better leader than Michael Williamson to grow our business worldwide and support our international priorities,” said Frank St. John, chief operating officer at Lockheed.

In his current role, Williamson oversees the execution of technical, schedule and cost performance for Lockheed’s MFC business lines and manages a portfolio of products and business initiatives.

He is a retired U.S. Army lieutenant general who joined Lockheed in 2017. He previously served as principal military deputy to the assistant secretary of the Army for acquisition, logistics and technology, director of acquisition career management and a congressional fellow.