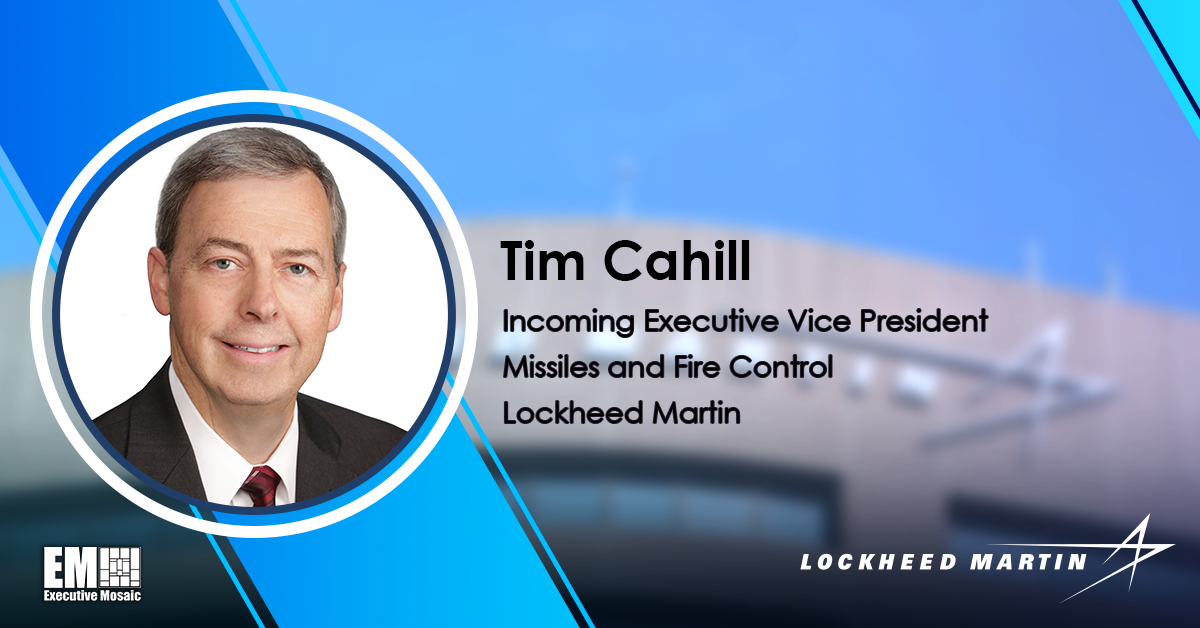 Cahill will assume his new position on Nov. 1 and succeed Scott Greene, who will retire after an over four-decade company stint but will remain as a strategic adviser to the chief operating officer until the end of 2022, Lockheed said Wednesday.

The incoming SVP has a nearly three-decade career at Lockheed, taking on several roles including as VP of integrated air and missile defense systems at MFC.

“He is known for building strong, collaborative relationships with team members and customers alike, and I look forward to what he will bring to not only MFC, but also our customers who rely on us for their critical missions,” said Frank St. John, COO of Lockheed.

Tim Cahill, senior vice president of global business development and strategy at Lockheed Martin (NYSE: LMT), has been appointed to serve as executive VP of the defense contractor’s missiles and fire control business segment. Cahill will assume his new position on Nov. 1 and succeed Scott Greene, who will retire after an over four-decade company 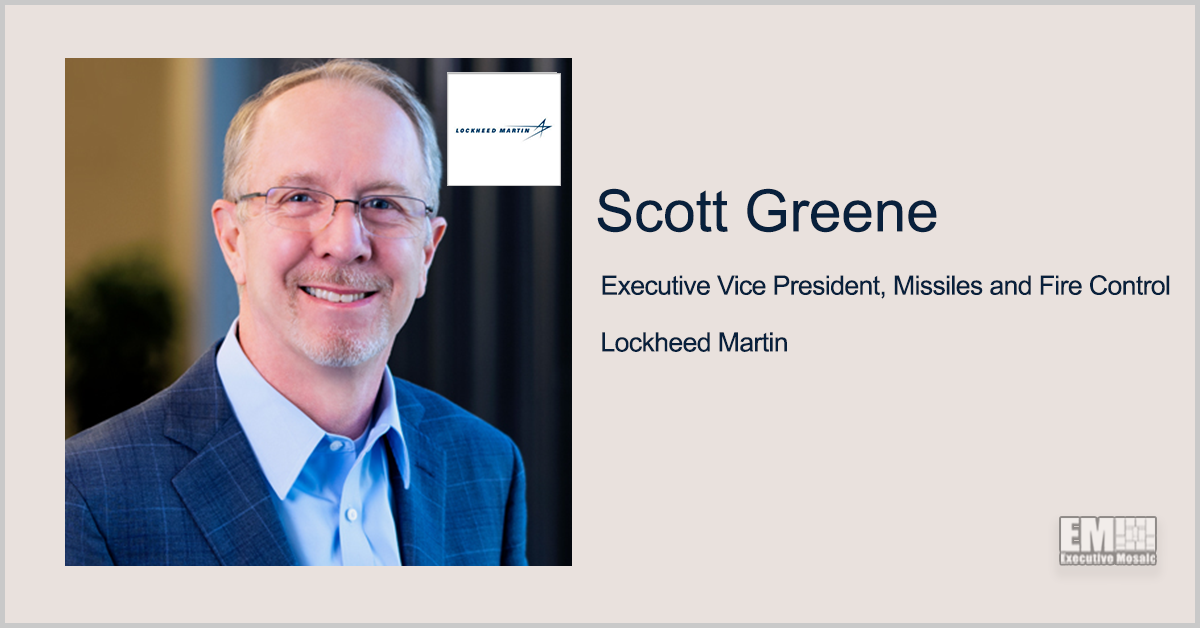