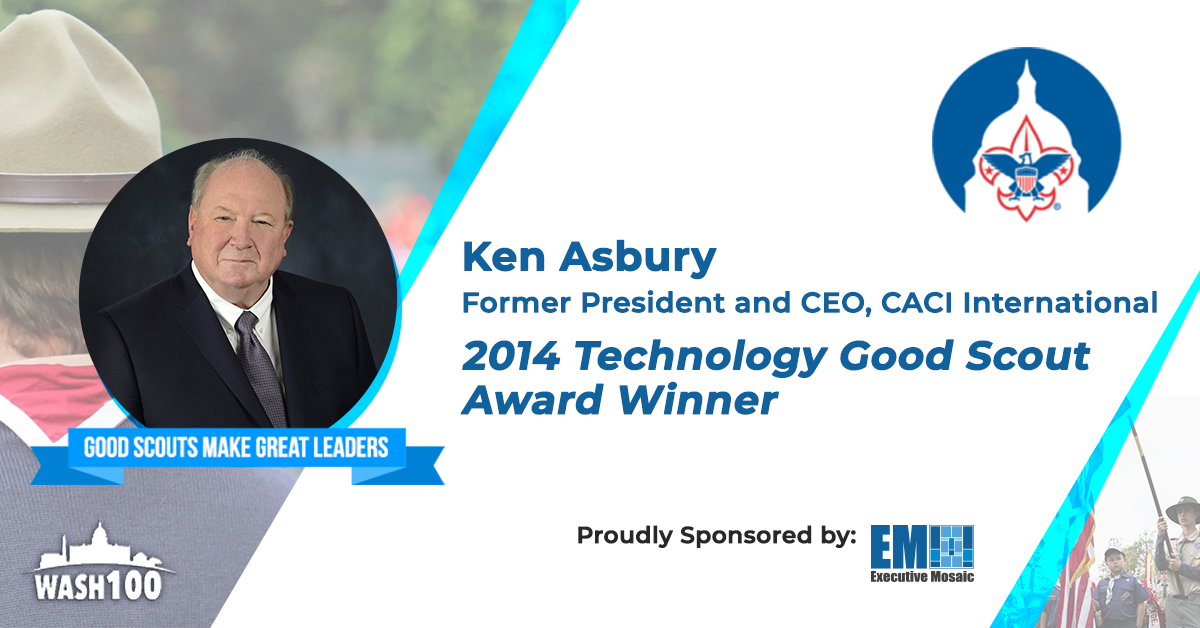 Asbury led CACI from February 2013 until his retirement in June 2019, a tenure that saw the company shift its focus to growing tech capabilities through multiple acquisitions in the government contracting space.

He spent nearly three decades at Lockheed Martin prior to helping grow ASRC Federal’s program win rate and setting the strategic direction of that company’s federal business after he joined as its president and CEO in 2011.

The industry veteran has served as a director at Geospace Technologies since December 2020.

Asbury was voted to the annual Wash100 list of GovCon’s most prominent faces and voices for six consecutive years, with his inductions having taken place from 2014 through 2019. GovCon Wire featured him as part of Executive Mosaic media group’s coverage of Good Scouts who were recognized for their contributions to the tech sector and demonstration of scouting values.

For its 2022 luncheon event, the BSA National Capital Area Council will honor LMI President and CEO Doug Wagoner during the ceremony slated to take place Nov. 2 at the Tysons Corner Marriott hotel in Virginia.

Visit the NCAC BSA website to read more information about the organization’s annual luncheon event and see its full list of honorees since 1997.