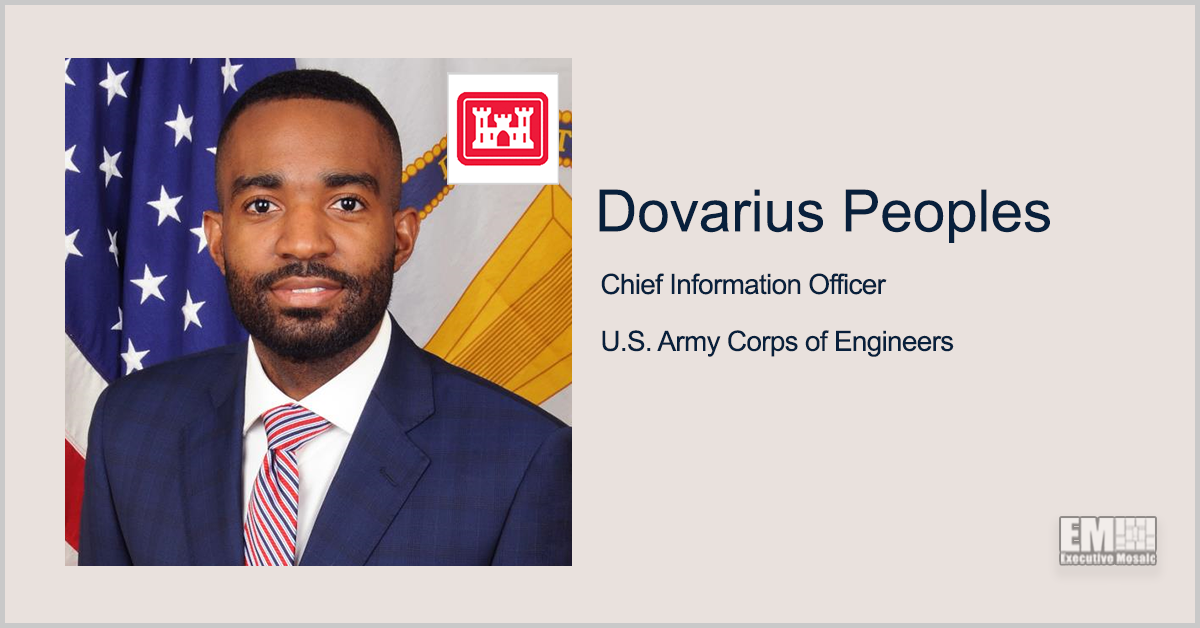 Dovarius Peoples, chief information officer of the U.S. Army Corps of Engineers, said the federal government’s zero trust strategy is forcing the agency to rethink its approach to securing information technology, networks and operational technology that support critical infrastructure such as waterways.

He told CyberScoop in an interview posted April 25 that technology has helped USACE make progress in IT risk assessment and mitigation.

“There’s still more room to grow in working with industry partners to help us get there.”

Dovarius, who assumed his current role at USACE in April 2019, advises the Corps Commanding General on IT matters and oversees all aspects of information resource management and technology for the agency.

Peoples is scheduled to speak at the Potomac Officers Club’s 7th Annual Army Summit as a panelist for a discussion of network integration initiatives at the service branch.

Doug Wiltsie, a vice president of Science Applications International Corp., will moderate the “Building Unified Networks for the Army of 2030 Panel” during the in-person event that will take place Aug. 24 at the Hilton-McLean in Virginia.

There are seven days left to reserve your seat at POC’s next summit! Register here.