In October 2020, he joined Riverbed from Cloudera, where he spent four years and held leadership roles with a focus on the public sector.

“Shaun brings precisely what we need for this moment in time at Riverbed: deep domain expertise in the public sector, where he’s spent his entire career; strong customer engagement; and a passion for the complexities and possibilities of the technology we’re building here,” Dan Smoot, chief operating officer of Riverbed, said of Bierweiler’s appointment last year.

Bierweiler served as president of federal business at Hortonworks, which merged with Cloudera in 2019.

Shaun Bierweiler, formerly senior vice president of public sector at Riverbed Technology, has elevated to the role of chief revenue officer of the San Francisco-based information technology company. Bierweiler disclosed his promotion in a LinkedIn job update posted Wednesday. In October 2020, he joined Riverbed from Cloudera, where he spent four years and held leadership 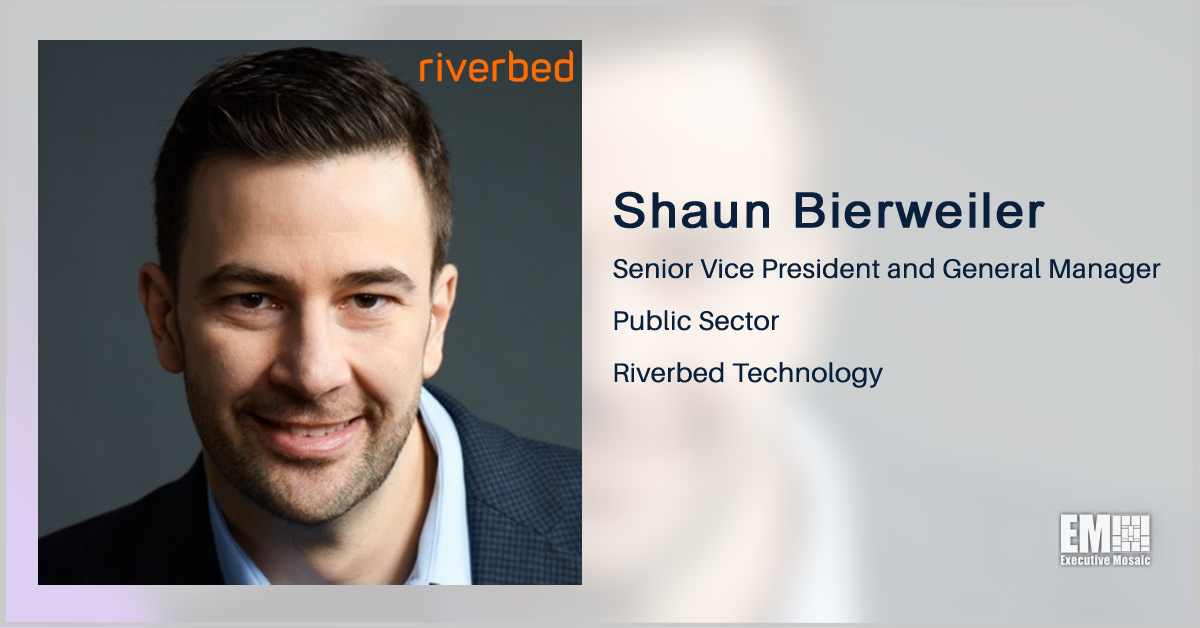 TYSONS CORNER, VA, June 30, 2021 — Shaun Bierweiler, senior vice president and general manager of the public sector business at Riverbed Technology, said the company and Microsoft (Nasdaq: MSFT) have more than 12 years of collaborative work focused on providing the public sector with offerings developed to “enable the peak performance and productivity of