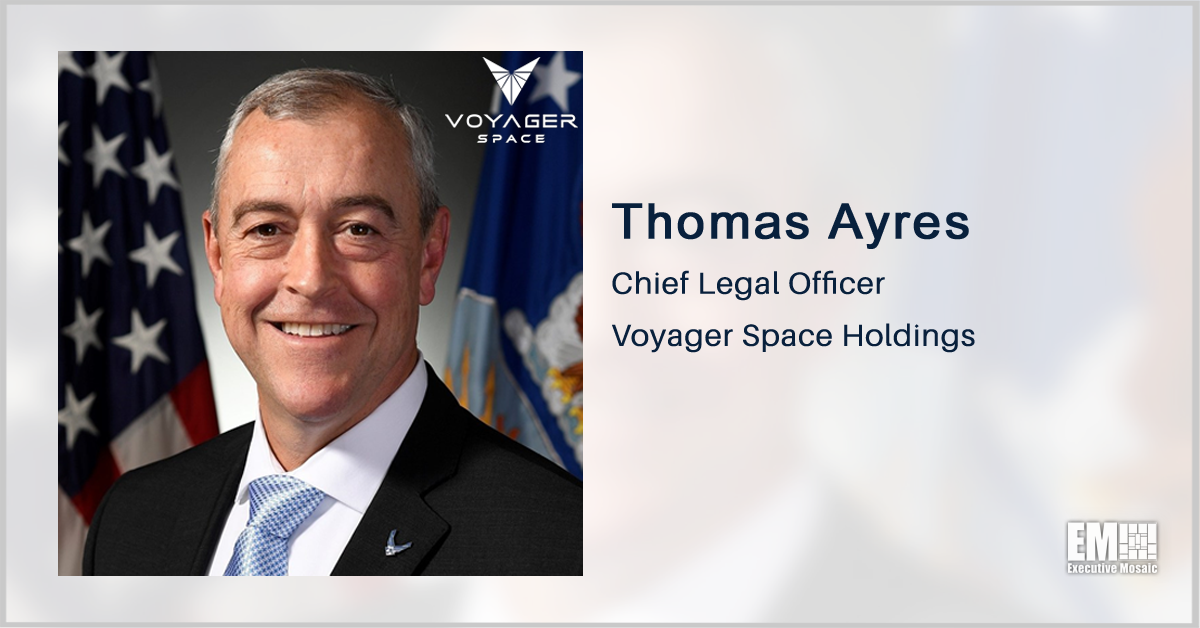 The Denver-based company said Tuesday that Ayres’ appointment is another of Voyager’s major staff announcements that include Jim Bridenstine, former NASA administrator; and Ellen Lord, who previously served as the Department of Defense acquisition chief.

During his stint at USAF, Ayres also worked as the service branch’s chief ethics official and chief legal officer, where he supervised over 2,600 military and civilian lawyers across the globe.

At the Pentagon, he managed service-wide compliance and investigation functions and provided advice on national security and technology transformation strategies.

Ayres, a distinguished graduate of the U.S. Military Academy, started his military career in Italy as an airborne rifle platoon leader. He earned his juris doctorate from the University of Pennsylvania.