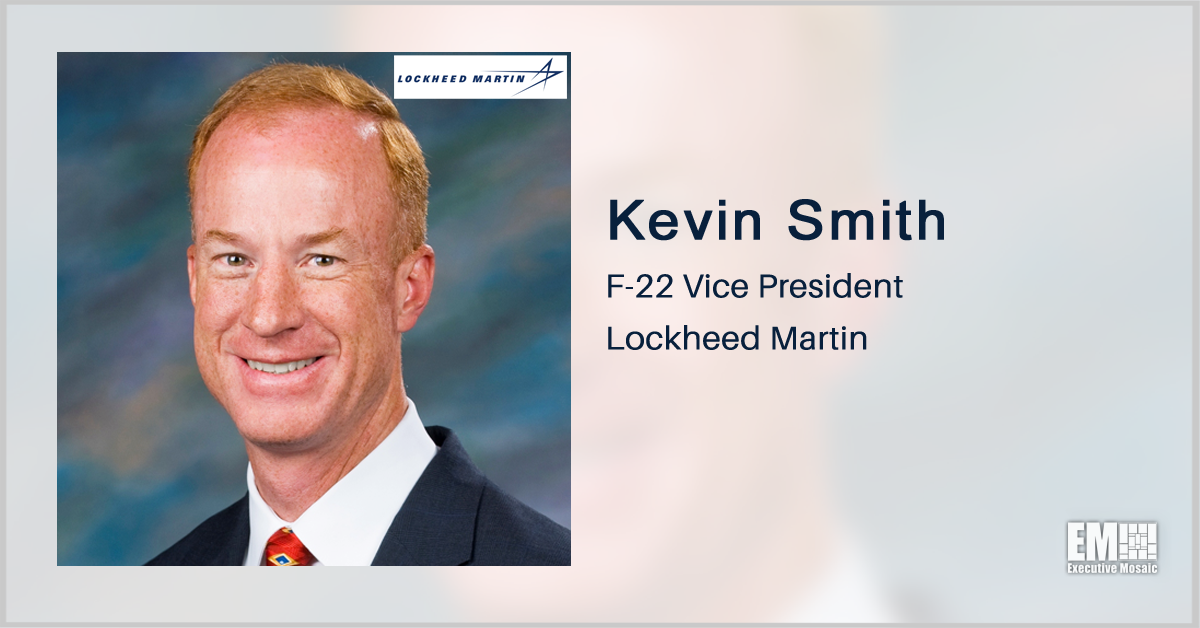 Prior to this appointment, he oversaw integration and domestic business development functions for the fifth-generation aircraft program as director of the company’s F-35A and USAF program manager.

He was a USAF fighter pilot before his move to Lockheed in 2002 and his military career included roles as deputy commander of the AF Command and Control Battle Lab and F-22 operational requirements lead at Air Combat Command.

The Bethesda, Maryland-based company promoted Smith after OJ Sanchez transitioned to the positions of vice president and general manager of its aeronautics integrated fighter group.

“Kevin’s integrated experience across our platforms paired with his fighter pilot background will allow him to lead and partner with the F-22 enterprise,” Sanchez said.

“This position will build on the Raptor’s dominant foundation to deliver the air power solutions of the future.”