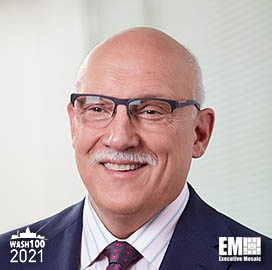 Executive Mosaic is pleased to introduce Stu Shea, chairman, president and CEO of Peraton, as an inductee into the 2021 Wash100 for his leadership in company expansion efforts through acquisitions and contract awards from government and military customers for technology development, maintenance and support work.

This marks Shea’s fifth Wash100 Award. His most recent Wash100 recognition was in 2020 when he led Peraton’s efforts in advancing U.S. space capabilities and national security as well as the company’s continued work with NASA.

Shea said the first transaction would “expand our presence in both the federal civil and health marketplaces while continuing to add to our capabilities in the mission-critical IT domain.”

The deal for Persepcta would add “highly skilled talent and differentiated technology expertise across a broad range of customers in the government markets which will complement our offerings and enhance our ability to drive innovation.”

New York-based Veritas expects to complete both acquisitions in the first half of the current calendar year with an intent to combine Peraton with the Northrop unit and Perspecta. In Feb. 2020, Peraton aligned the company around four business sectors and appointed new executives to its leadership team.

“As Peraton expands we will be faced with a complex range of new opportunities and challenges across our functions and businesses,” said Shea. “I am confident that our new leaders will be integral to Peraton’s success providing highly differentiated national security solutions and technologies to essential government agencies.”

Aside from these acquisition-driven expansion efforts, Peraton has also booked multiple contracts from government agencies and military service branches for operation, maintenance and support services.

Other U.S. government customers have also tapped Peraton for systems development and mission capability integration support under multiple contracts worth potentially $188 million combined. The company said in August the clients are responsible for high-consequence national missions across multiple warfighting domains.

In the past year, Peraton worked to continuously provide maintenance, professional and support services to the military sector.

Under a potential $218.6 million blanket purchase agreement awarded in March 2020, the company will provide the U.S. Africa Command with satellite communications services through a 24×7 network operations center, where a team of satellite service engineers will employ multiple commercial satellite systems and emerging technology platforms to support AFRICOM and its mission partners.

Peraton’s most recent contract win is a spot on the Air Force’s $950 million Advanced Battle Management System contract, through which the company will compete for task orders to develop technologies for the Department of Defense’s Joint All Domain Command and Control concept.

Shea took the reins at Peraton in June 2017 shortly after Veritas closed the investment firm’s $690 million acquisition of the former government services division at Harris Corp.

He held an eight-year career at Science Applications International Corp., where Shea played a key role in the separation of SAIC and Leidos into two separate publicly traded companies.

Executive Mosaic congratulates Peraton and Stu Shea for his 2021 Wash100 Award. His vision, leadership and drive to expand the company and its presence in the government contracting sector has cemented him as an executive who could be a significant influence in 2021.

Visit the Wash100 site to learn about the other 99 winners of the 2021 Wash100 Award. On the site, you can submit your 10 votes for the GovCon executives of consequence that you believe will have the most significant impact in 2021. 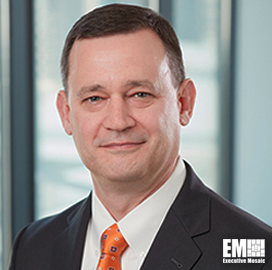 Executive Mosaic is pleased to introduce Stu Shea, chairman, president and CEO of Peraton, as an inductee into the 2021 Wash100 for his leadership in company expansion efforts through acquisitions and contract awards from government and military customers for technology development, maintenance and support work. This marks Shea’s fifth Wash100 Award. 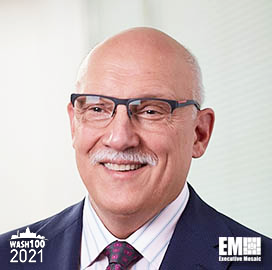