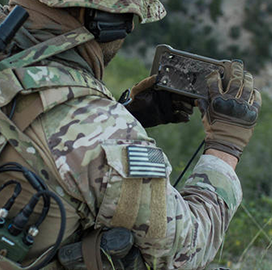 The radio features an ISR video mission module for improved situational awareness and can support satellite communications and mobile ad-hoc networking waveforms such as WREN and ANW2.

Dana Mehnert, president of communication systems at L3Harris, said the company will work to provide Tactical Air Control Party airmen with communications capabilities in support of the Joint Terminal Attack Controller mission through its AN/PRC-163 radios, which will help enable the future of the Advanced Battle Management System’s communications network.

The Navy issued the order as part of a five-year, indefinite-delivery/indefinite-quantity contract for the Portable Radio Program awarded in 2017. 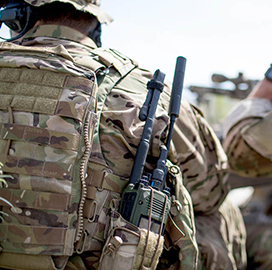 L3Harris Technologies (NYSE: LHX) has won a $57M order to supply more two-channel handheld radios to the U.S. Army as part of a potential 10-year, $3.9B indefinite-delivery/indefinite-quantity contract. The Falcon IV AN/PRC-163 radio is designed to facilitate voice and data exchanges on the service branch's integrated tactical network, L3Harris said.