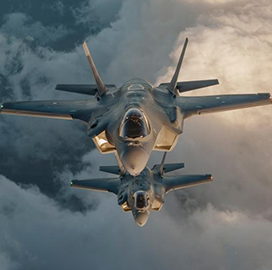 The potential foreign military sales deal will move to an informal review by the House Foreign Affairs and Senate Foreign Relations committees.

“As Congress reviews this sale, it must be clear that changes to the status quo will not put Israel’s military advantage at risk,” said Rep. Eliot Engel, D-N.Y., chairman of the House Foreign Affairs Committee.

The report said any U.S. weapons systems sold in the Middle East must not undermine the “qualitative military edge” of Israel, which has approximately 24 F-35s and is slated to procure 50 more units of the fighter aircraft.