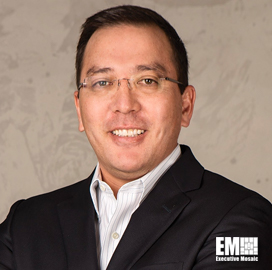 Click here to register for the Weaponizing Data Across the Digital Battlefield Virtual Event.

Prior to his current role with Booz Allen Hamilton, Davenport led the company’s network engineering team, where he designed and implemented solutions for military satellite communications and software-defined radio networks for the Air Force and Navy.

As the U.S. Army continues to evolve to meet the demands of emerging technology and the changing defense landscape, challenges arise in combat. Innovation requires speed of integrating and exploiting innovative technology into the digital battlefield through investments such as open architecture, DevSecOps, next generation governance and converged data platforms.

Davenport will utilize his knowledge acquired from his career in the public sector to foster conversation revolving around intel and operation mission capabilities, the challenges and priorities of data in warfare and how defense has evolved from the traditional standards to meet the demand of emerging technologies.

The event will also feature BG Rob Collins, program executive officer for Command, Control, Communications-Tactical (PEO C3T) with the U.S. Army and MG Peter Gallagher, director of the Network Cross-Functional Team with the U.S. Army, who will serve as keynote speakers.

Do not miss this must see event. Click here to register for the Weaponizing Data Across the Digital Battlefield Virtual Event to learn more about defense operations as technology and the defense landscape continue to evolve.