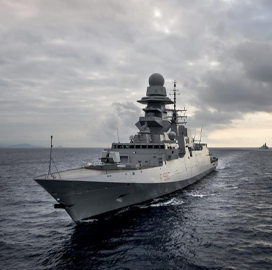 Detail design work has now kicked off on the FFG(X) guided-missile frigate program after the Navy received no protests over its decision to award the potential 15-year, $5.6B design and construction contract to a Wisconsin-based subsidiary of Fincantieri, USNI News reported Wednesday.

“The Navy is moving forward with execution of the contract, and has completed the Post-Award Conference. Detail design of the FFG(X) is commencing,” Baribeau added.