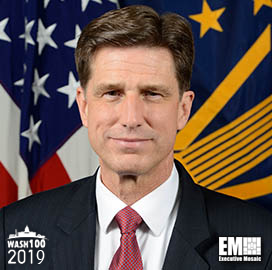 “We are not going to rush to a decision,” Dana Deasy, chief information officer at DoD and fellow Wash100 winner, said during a briefing with reporters. “I’m not going to try to predict an end date.”

Deasy said the JEDI contract is not likely to be awarded in August as he intends to have a number of sessions with Esper to discuss the benefits and need for a departmentwide cloud computing platform.

Microsoft (Nasdaq: MSFT) and Amazon (Nasdaq: AMZN) are the final two contenders for the single-award cloud contract, which is expected to be awarded by the end of August.

A spokesman for the Pentagon said early this month that Esper will review the contract and that no decision will be made until he has completed his assessment of the JEDI program.