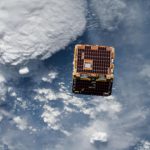 NASA plans to release in April a draft request for proposal for a potential 10-year, $6B follow-on contract vehicle for spacecraft systems and related services.

The Rapid Spacecraft Acquisition IV contract will provide a means for NASA and other federal agencies to procure commercial offerings in support of science and technology missions, according to a presolicitation notice posted Friday on FedBizOpps.

A contractor must demonstrate an ability to build spacecraft with a mass capability of 15 pounds and a minimum payload power capability of 20 watts or higher, NASA said.

Rapid IV has a five-year base period and one five-year extension.

The space agency expects to issue the final RFP by June.