On Wednesday, Feb. 13th, Govcon leaders from public and private sectors gathered at the Hilton in McLean, Va., for the Potomac Officers Clubâ€™s 2019 Artificial Intelligence Summit. The event featured two separate panels and three keynote speakers with Dana Deasy, the chief information officer for the Department of Defense and 2019 Wash100 winner giving the opening address.

President Trump signed an executive order on Monday to launch the â€œAmerican AI Initiativeâ€ to direct federal resources into the development of artificial intelligence, improve national security and quality of life for American citizens. To open his keynote speech, Deasy revealed that the AI initiative has been in development since June and the official funding was secured in December.

As he began to dig deeper into the topic, Deasy explained the Joint AI Center (JAIC) and itâ€™s role in the industry. When the plan was put in place to establish JAIC, one of the biggest sink or swim situations was, â€œHow well can we immerse the center with the various services and develop the capabilities and personality of the center. Today, there are 15 to 18 detailings across the service.

Deasy explained that the most basic level of artificial intelligence is about defining a problem, identifying the data, ingesting that data, allowing the machine learning to take place and reaching out to allies, partnerships and the academic world to reform the process and find the best solution possible. He noted that DoDâ€™s connections to industry and academia will be extremely important to leverage the next generation to approach problems and AI technology differently than others.

With so many options available, Deasy asked what the focus should be in developing AI and he broke down the different between CMIs and NMIs. A CMI is an initiative for a specific purpose or problem. NMIs are for a problem that spans across all services and a common character set that needs a solution.

â€œOne of the things I always try to tell people when you work with AI is that success is typically based on a couple of specific things, Deasy said. The first one is how fast and how well are teams defining the problem that youâ€™re trying to solve. The second is how well do you understand that problem after taking the data and how well that data can help you solve the problem.â€

In order to drive his point home, Deasy gave two examples in disaster relief and humanitarian assistance to show the use of AI. For instance, the wildfires that plagued California for much of 2018, the core mission was to save lives and prevent property damage. He reiterated that a highly erratic and unpredictable environment like the wildfires presents the perfect testing environment for AI. DoDâ€™s initiative was understanding that the fire line was the most important thing and AI could take aerial photography to show firefighters the fire line on the ground to improve safety.

A similar example that Deasy used was the hurricanes that devastated the Carolinas last year. Itâ€™s not easy to deal with massive flooding because there are too many questions. How far does the water reach? How high is the water? What are the objects in the water? By using AI technology in a similar method, those questions could have answers to help people after a natural disaster.

Deasy concluded his keynote address by establishing that the main challenges of innovation in artificial intelligence would be in regards to data, prioritization and finding talent. Deasy said the DoD has gone through a huge learning curve because no one was an expert in AI. The process to advance AI is about finding the talent that specializes in it, but also being able to determine who could become an expert through other valuable skills like logical thinking, computing and math.

Deasy ended his speech by expressing the importance of breaking down the differences between the hype of AI and the reality. The issue at hand is understanding the actual problem that needs to be solved and understanding whatâ€™s possible to establish artificial intelligence over time instead of all at once.

Following Dana Deasyâ€™s opening keynote address, the first panel took the stage to discuss some of the challenges facing the future of artificial intelligence. The panel included industry leaders in AI, including Paul Scharre of the Center for a New American Security and 2019 Wash100Â award winner Anthony Robbins of NVIDIA.

In April, Potomac Officers Club will host the 3rd annual Border Protection Innovations and Technology Forum. You can reserve your seat for the eventÂ right here. 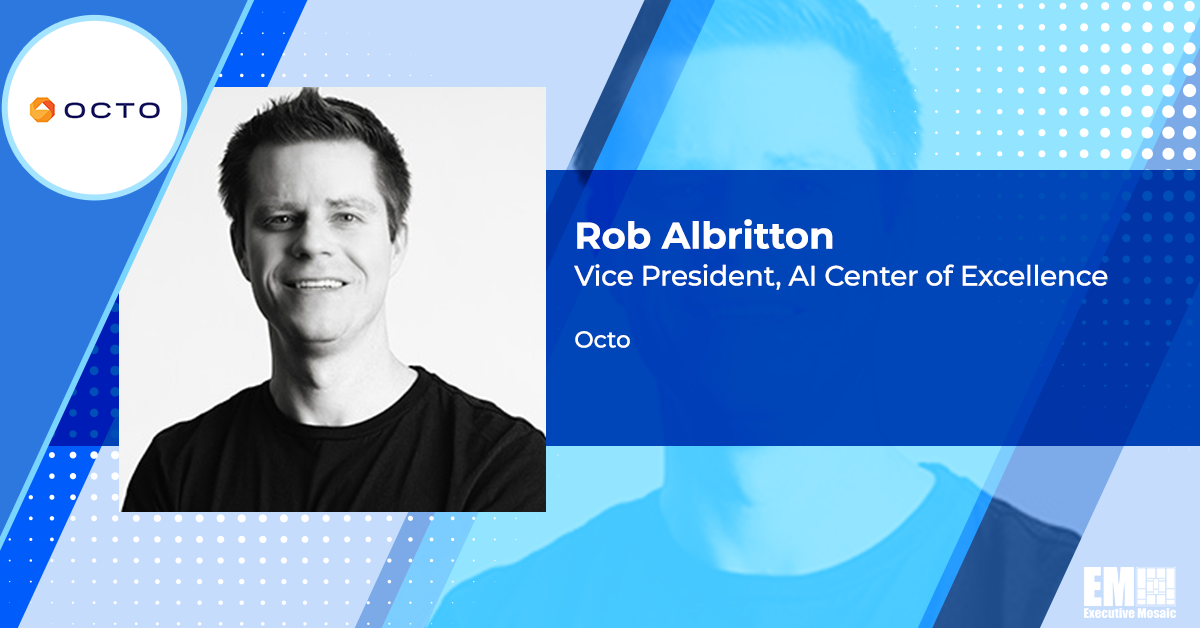 Reston Virginia-based Octo has promoted Rob Albritton from senior director of the technology company’s artificial intelligence practice to a vice president position. In his new capacity, Albritton will continue to lead Octo’s strategy and vision for AI and machine learning and help grow its tech portfolio for the intelligence, health care and federal government sectors 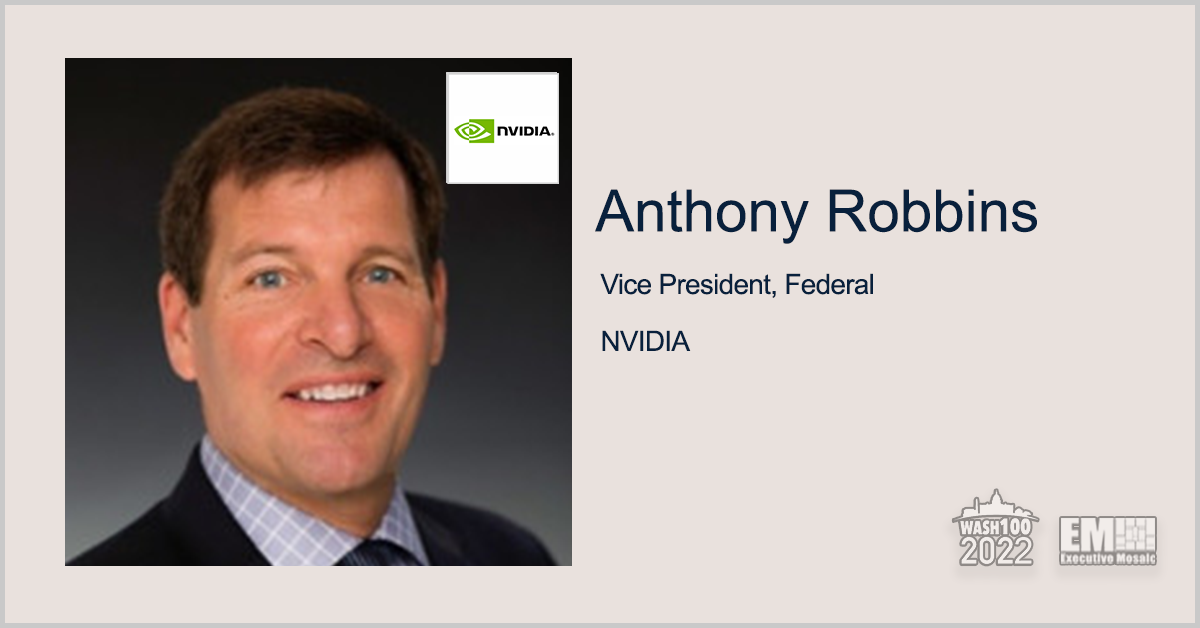 Executive Mosaic has featured Anthony Robbins, vice president of the federal business at NVIDIA, in the 2022 Wash100 class in recognition of his continuous advocacy for artificial intelligence applications in critical government systems and missions. Robbins has been selected five times to the annual Wash100 list of leaders who continually drive innovation and growth in
Sponsor