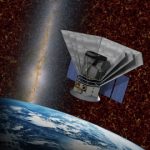 NASA has selected Ball Aerospace to build spacecraft and chosen the California Institute of Technology to develop payload for a two-year, $242M mission to explore how the universe evolved and the presence of ingredients for life in planetary systems across galaxies.

The space agency said Thursday it aims to launch the Spectro-Photometer for the History of the Universe, Epoch of Reionization and Ices Explorer mission in 2023.

SPHEREx will work to survey more than 100M stars in the Milky Way and more than 300M other galaxies to collect data on the expansion of the universe and formation of new planets.

NASA intends for the spacecraft to use technologies adapted from Earth satellites and Mars spacecraft to create a map of the entire sky.

The Korea Astronomy and Space Science Institute will supply test equipment as well as perform scientific analysis in support of the mission.