He said the transaction enabled SAIC to broaden its reach to a wider range of agencies within the intelligence community, including the CIA, National Geospatial-Intelligence Agency and National Security Agency in addition to the National Reconnaissance Office.

Moraco, a 2019 Wash100 winner, noted that the combination brings SAIC â€œto a very strong leadership position to really take full advantage across the intelligence communityâ€™s use of space, the Defense Departmentâ€™s use of space, and federal civilian agencies such as NASA andÂ [National Oceanic and Atmospheric Administration].â€

On Jan. 14, SAIC announced that it completed its $2.5B purchase ofÂ Engility, which came four months after both companies first announced the transaction. 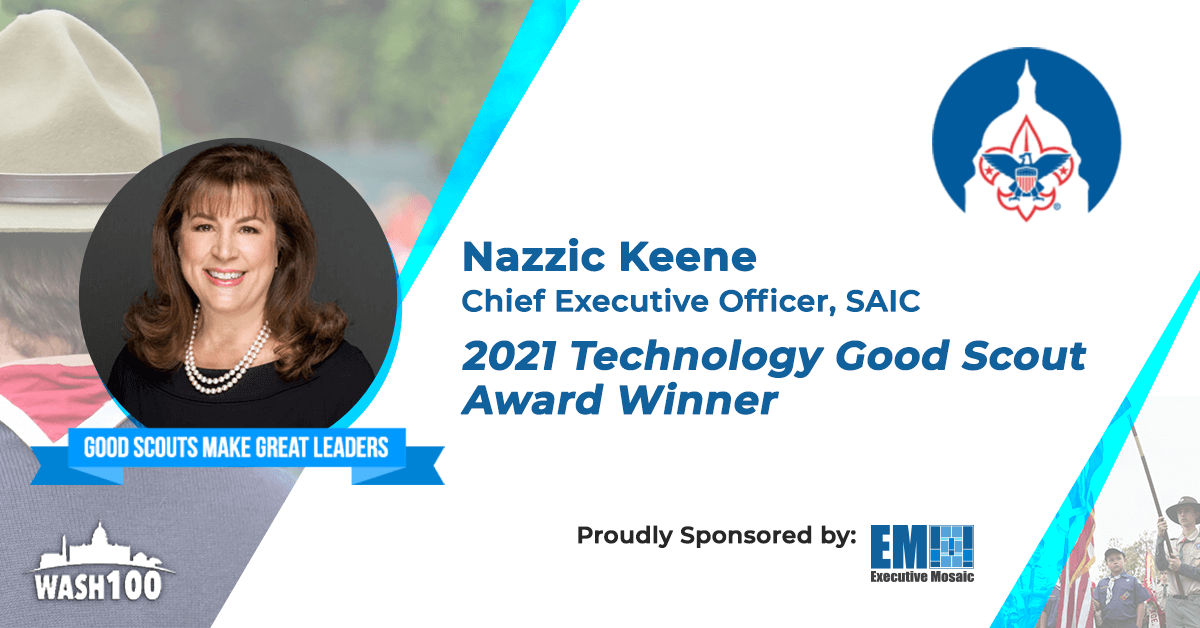 Nazzic Keene, CEO of Science Applications International Corp., became the first female recipient of the Technology Good Scout Award and accepted the recognition from the National Capital Area Council of the Boy Scouts of America in November 2021. “From Cub Scouting to Venturing to Sea Scouting to Exploring to STEM Scouting, these inclusive opportunities build