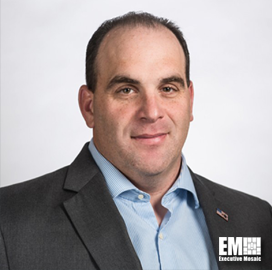 Christian Marrone, a CSRA (NYSE: CSRA) vice president and chief of staff, has been promoted to a senior VP role at the Falls Church, Virginia-based technology services contractor, GovCon Wire has learned.

In this capacity, Marrone is responsible for CSRA’s external relations function, strategy to strengthen relationships across the government and initiative to deliver thought leadership on policy and technical matters.

Before he joined CSRA in 2016, he was chief of staff of the Department of Homeland Security under the Obama administration and special assistant to the defense secretary during the Bush administration.

Marrone previously held an executive role at 3M, where he led the establishment of a division focused on the defense market, and VP of national security and acquisition policy for the Aerospace Industries Association.