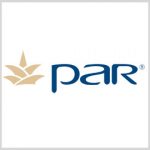 Donald Foley, a 35-year government technology market veteran and an independent member on PAR Technology‘s (NYSE: PAR) board of directors, has been named president and CEO of the New York-based contractor.

Foley said Thursday he aims to execute a strategy for PAR to grow its portfolio of cloud offerings and build on the company’s initiatives under the leadership of former CEO Karen Sammon.

He previously served as a member of the audit, compensation and nominating and corporate governance committees of the company’s board.

Foley held a 20-year career at Science Applications International Corp. (NYSE: SAIC), which rebranded as Leidos (NYSE: LDOS) following the spinoff of its services business in 2013.

He worked as president of SAIC’s research and intelligence group from 1991 to 2005 and a corporate executive vice president from 2005 to 2011.