The GovCon Index deepened its slide Friday with a loss of 0.481 points to 76.361 that puts the GCI at a weekly decline but a sharp gain for the month of April as earnings reports for large government contractors dominated trading activity Monday through Friday.

April represents the Index’s third consecutive month with positive movement so far in 2016 at a year-to-date gain of 5.24 percent on gradual recovery from a volatile January and fourth quarter from last year.

Several of the largest GovCon platform and technology makers reported first quarter earnings and sales this week that topped Wall Street expectations except for Boeing (NYSE: BA) as the airplane maker took a charge on the KC-46 tanker.

Shares in the airplane maker gained 2.86 percent for the week as investors welcomed the affirmed full-year guidance.

A fiscal third quarter sales miss by CACI International (NYSE: CACI) weighed on the Index Thursday and Friday with that company’s stock down 12.86 percent over those two sessions. 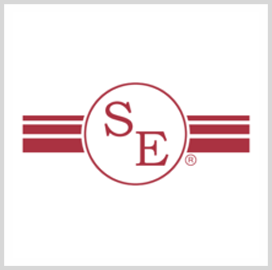 SEAKR Engineering has won a two-year, $60.5 million contract to further develop supercomputing processing hardware in the next phases of a Defense Advanced Research Projects Agency program aiming to integrate commercial technology into small military satellites. DARPA will initially obligate $8.06 million to the Centennial, Colorado-based space electronics company for phases 2 and 3 of