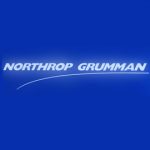 Northrop Grumman (NYSE: NOC) — one of 30 companies listed in Executive Mosaic’s GovCon Index — has reported a 3.86-percent decline in profit for its 2015 fiscal year compared to 2014 on lower sales in space and restricted programs and a modest increase in pension costs.

The Falls Church, Va.-based aerospace and defense contractor’s $3.2 billion stock repurchase initiative in 2015 helped bolster its earnings past Wall Street’s expectations to $10.39 per share for the full year and $2.18 for the quarter.

Wall Street analysts expected Northrop to report $9.91 earnings per share and $23.79 billion in sales for the full year with $2.11 EPS and $5.94 billion in revenue for the quarter.

Northrop repurchased a total of 19.3 million shares during 2015 and the company has $4.3 billion left on its current stock buyback authorization as of Dec. 31, 2015.

No results from Northrop’s October contract win to build the U.S. Air Force‘s Long Range Strike Bomber were included in the 2015 results due to the ongoing protest by the Boeing (NYSE: BA)-Lockheed Martin (NYSE: LMT) team against the branch’s decision.

As of Wednesday’s close, shares in Northrop had declined 3.34 percent since the start of January and climbed 14.56 percent over 12 months.