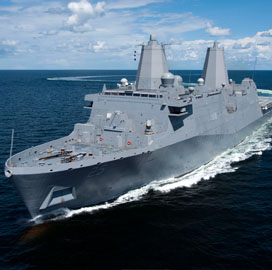 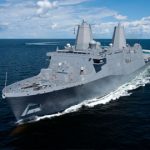 The cost-plus-fixed-fee contract will run through April 2022 and also covers design and engineering work on the amphibious warship, the Defense Department said Friday.

Ingalls Shipbuilding, a Huntington Ingalls division, will use contract funds for procurement of engines, fuel generators, shafts, propellers,  valves and deck equipment, according to a company statement.

LPD 28 will be the 12th ship of the San Antonio class and be built to embark landing craft air cushion, conventional landing craft and expeditionary fighting vehicles used for transport of maritime forces and their equipment.

The 684-foot-long vessel is intended for sea control, power projection, humanitarian assistance and disaster relief operations of the Navy and Marine Corps. 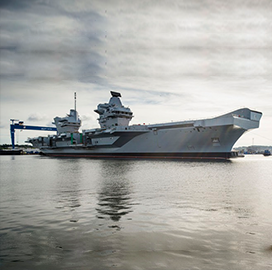 Michael Fallon, U.K. defense minister, will introduce a potential $1.33 billion framework to provide support services and maintain the British navy’s fleet of aircraft carriers, amphibious ships, frigates and other warships. The U.K. government’s Common Support Model aims to consolidate support contracts into a single structure to speed up maintenance and services for the country’s

The U.S. Navy has awarded Huntington Ingalls Industries (NYSE: HII) a potential $200 million contract to buy long-lead time materials for the construction of a 12th San Antonio-class amphibious transport dock. The cost-plus-fixed-fee contract will run through April 2022 and also covers design and engineering work on the amphibious warship, the Defense Department said Friday. Ingalls Shipbuilding, a