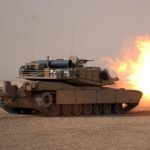 The Army Contracting Command awarded the fixed-price-incentive contract and will obligate $20 million from other procurement funds for fiscal 2015 at the time of award, the Defense Department said Friday.

General Dynamics will perform contract work in Ohio, Pennsylvania, Alabama and Florida through July 31, 2017, according to DoD.