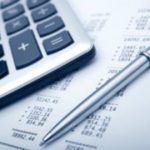 Sohaib Abbasi, chairman and CEO of Informatica, said the company has also reached a milestone by earning more than $1 billion in revenue during the past 12 months.

The software firm generated $87.3 million from product licenses and $16.2 million from subscription fees during the quarter.

Informatica’s board of directors has approved a plan to repurchase additional shares worth $100 million through the company’s stock buyback program.