Mulligan held roles such as chief operating officer and senior vice president for operations and human resources during his time at Triple Canopy between 2004 and 2008, Triple Canopy said Friday.

“It is my pleasure to welcome Mo back to Triple Canopy and to hand over the company to a former colleague who is very familiar with our people and culture, ” said Ignacio Balderas, who is retiring as chairman and CEO of Triple Canopy.

Before this appointment, Mulligan led Quick Services for three years and prior to that he was senior operational adviser at Wexford Group International.

He also served the city of Manistique, Michigan as mayor pro tem and as county economic development corporation executive director.

He holds a bachelor’s degree in political science from Methodist College and a master’s degree in administration from Central Michigan University.

Gregory Mulligan, a 25-year U.S. Army veteran and former chief executive of Quick Services LLC, will rejoin Triple Canopy to lead the company as president, effective July 1. Mulligan held roles such as chief operating officer and senior vice president for operations and human resources during his time at Triple Canopy between 2004 and 2008, Triple Canopy 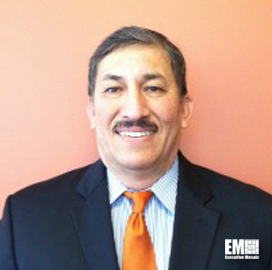