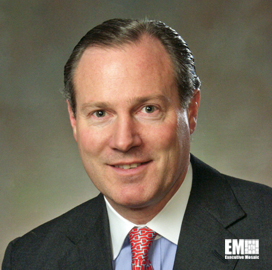 Casey will continue to serve on the board of directors and the board will consider resolutions regarding both Casey’s and Soames’ appointments to the board at the company’s annual general meeting on May 8, Serco said Tuesday.

Executive Mosaic’s staff elected Casey to the Wash100, a group of government contracting executives recognized for vision and achievement at the intersection of the public and private sectors.

Serco also announced that Andrew Jenner, chief financial officer since 2002, will leave the company and step down from the board of directors once the company appoints his successor.

Jenner joined the company in 1996 and took a corporate finance director role in 1999.