In a Thursday column for Washington Technology, editor Nick Wakeman explored potential implications should BAE Systems and EADS close on a deal to merge, with effects reverberating in Europe and the U.S.

Wakeman reports a source told him BAE may have to sell its estimated $2 billion intelligence business to comply with U.S. regulations on foreign ownership of U.S. contractors.

He writes there is increasing wariness about foreign ownership of contractors that work with the U.S. intelligence community, which he believes played a role in British defense contractor Cobham‘s decision to sell Sparta to Los Angeles area-based Parsons Corp.

Sparta competes for contracts with the Department of Homeland Security, among other federal customers, and according to Wakeman’s post, the Justice Department would thoroughly examine the structure of a combined BAE-EADS company.

As covered on GovCon Wire in April, DRS Technologies, a subsidiary of Italian conglomerate Finmeccanica, had to sign a proxy agreement with the U.S. Defense Security Service to compete for classified contracts.

DRS announced the agreement at the same time it announced it would restructure its operations.

According to the Wall Street Journal, BAE operates in the U.S. intelligence sector under a similar agreement where only U.S. citizens with security clearances can access secret information.

That agreement also stipulates they only report to other U.S citizens, the Journal reports.

BAE and EADS said a combined firm would be dual-listed, operating as two legally separate companies but with one management group in charge.

The Journal reports a dual-listing could help BAE keep its U.S. business in control of London-based management.

For more on the merger’s international implications and who may in the market to pick up BAE’s intelligence business, check out Wakeman’s column at Washington Technology.

The GovCon services market is entering a new phase of maturity and leaving a part of a nearly five-decade timespan that “might be seen as its teenage years, ” former Sotera Defense Solutions CEO John Hillen wrote in a May 20 guest column for Washington Technology. Hillen,  executive in residence and professor of practice at 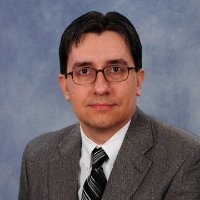