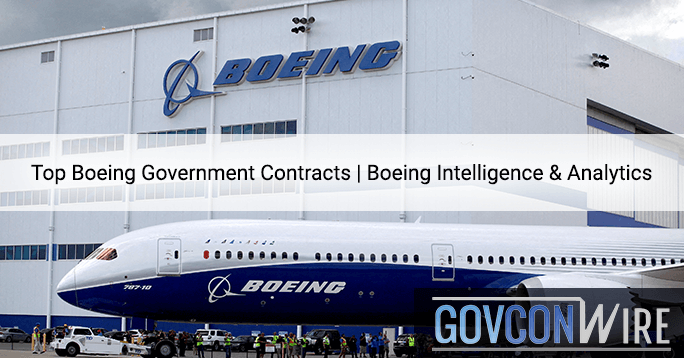 Check out the top Boeing government contracts for the U.S. federal government.

In August 2022, Boeing was awarded the Ground-Based Midcourse Defense (GMD) System by the Missile Defense Agency, in charge of system integration, testing, and readiness (SITR) against future ballistic missile threats. The contract also includes the GMD’s physical and logical integration of the elements and components of the Ballistic Missile Defense System that improves national security.

This initial task order worth $506.7 million was issued by MDA. It included research, development, testing, and evaluation responsibilities totaling $4.55 million in the fiscal year 2022. The contract began on the 1st of September 2022 to conclude within five years in August 31, 2027.

The company is expected to perform 194 repairs and 164 spares for F/A-18 and EA-18G flight refueling systems, control surfaces, airframe components, and support services. It is by far the most extensive and extensive contract ever awarded by NAVSUP WSS.

The U.S. Air Force has placed an additional 15 orders for aircraft data, subscriptions, and licenses for the World’s Most Advanced Multi-Mission Aerial Tanker with Boeing’s Defense, Space & Security business.

Most of the work is to be performed in the Seattle, Washington, site of Boeing. Tasks included are depot-level aircraft maintenance and equipment management.

The Boeing-Bell joint program is tasked with the maintenance, replacement, required availability, configuration management, and inventory management of the 228 MV-22B, CMV-22, and CV-22 Osprey aircraft owned by the Marine Corps, Navy, and Air Force, respectively.

The joint venture receives an initial delivery order of $246.6 million plus an extra $82.2 million for its work until December 2022.

Overall, the contract’s activity is Naval Supply Systems Command Weapon Systems Support, with 97% of the work completed in Fort Worth, Texas, and the remaining 3% carried out in Ridley Park, Pennsylvania.

Along with General Electric, Raytheon Technologies, Lockheed Martin, and Northrop Grumman, Boeing is one of the five companies awarded for the prototype phase of the Next Generation Adaptive Propulsion program.

The contract tasks the following vendors to design, analyze, rig test, prototype engine test, develop weapon system integration, and reduce risks for the program. The initiative is for the Air Force Life Cycle Management Center located at Wright-Patterson Air Force Base. The work for Boeing’s contract will take place in St. Louis, Missouri.

6. Foreign Military Sales Contracts by the Department of Defense

Boeing has been given a contract by the U.S. Air Force to design and construct an integrated suite of aircraft systems and four weapon systems training according to F-15 to Japan Super Interceptor standards.

Here are the frequently asked questions about The Boeing Company:

What is Boeing known for?

The Boeing Company has been the leading manufacturer of commercial jetliners for decades. The company now manufactures the 737, 747, 767, 777, and 787 aircraft families and the Boeing Business Jet line. Boeing’s initiatives to develop new products include the 787-10 Dreamliner, the 737 MAX, and the 777X.

Boeing Intelligence & Analytics is the parent company’s arm that was formed in 2016. It specializes in identifying and developing strategies to identify vulnerabilities to resist threats from potential adversaries.

Is Boeing a U.S. defense contractor?

The Boeing Company is one of the leading defense contractors for federal agencies in the United States. The Department of Defense (DoD) is the largest federal agency for which the company provides advanced technologies, systems integration, data operations, and maintenance.

The Department of Homeland Security (DHS), the Federal Aviation Administration (FAA), the National Aeronautics and Space Administration (NASA), and the U.S. Navy are among Boeing’s other federal agency clients.

Does Boeing get military contracts?

Boeing gets awarded military contracts, which include projects for tactical and airlift aircraft, airborne systems, missiles, and surveillance and engagement programs.

Boeing Winning In Its Industry

Boeing has collaborated with federal, national, and local governments for more than a century earning the confidence and trust necessary to produce new software, programs, systems, and services. It has fulfilled past contracts and continues to carry out contracts by practicing the company’s own values of safety, integrity, and quality.