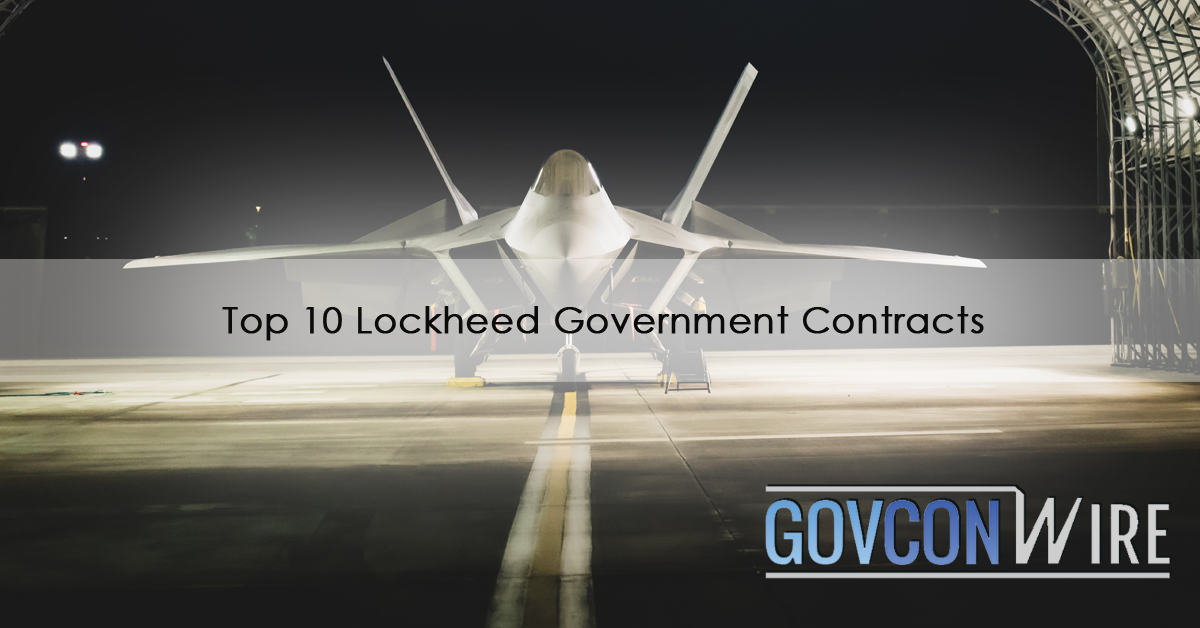 Lockheed Martin’s mission is to help its customers keep their people safe by solving complex problems and advancing scientific discoveries.

Lockheed Martin’s aeronautics would generate $26.7 billion of revenue in 2021, including the sale of military aircraft and airlift and sustainment. Lockheed Martin Aeronautics’ mission is to transform flight by delivering groundbreaking capabilities and landmark planes continually.

The Terminal High Altitude Area Defense or THAAD System and the PAC-3 Missiles are only two high-profile programs in Missiles and Fire Control, expected to generate around $11.7 billion in revenue by 2021.

Rotary and Mission Systems at Lockheed Martin are responsible for designing and developing a mission-focused rotorcraft and a wide range of sensors, radars, command and control, war simulation, and training systems.

What government contracts does Lockheed Martin have?

The Pentagon announced an 8 percent reduction in flight costs on Monday when it awarded Lockheed Martin a contract worth up to $6.6 billion for maintaining the F-35 joint strike fighter through fiscal years 2021-2023.

F-35 air system sustainment for the U.S. and international customers will be funded through FY21, with options to extend the contract’s total value up to $6.6 billion in FY22 and FY23.

GSA Schedule is a lengthy contract with a private company that provides government agencies with low pricing and easy access to millions of products and services.

Below is a list of GSA Schedules contract vehicles through which customers can obtain Lockheed Martin’s services.

ATSP is a government-wide contracting mechanism that provides convenient access to Lockheed Martin’s recourses. ATSP is under the Defense Microelectronics Activity in Sacramento, CA, and is accessible to all federal and state agencies.

All contracts are open to eligible bidders, and partiality is prohibited in every transaction. To do business with the government, a company must choose its providers ethically, honestly, and competently.

This contract form helps when GSA can’t estimate the government’s needs during the contract time.

ID/IQ government contracts are primarily for services and architecture.

Lockheed Martin strives to provide breakthrough tech at a faster speed and cheaper cost. The latest ID/IQ contract with the U.S. Department of Defense can achieve that with fixed-wing sensor capabilities.

There will be a savings of $680 million for the Department of Defense due to this multi-year arrangement and the addition of critical airlift capabilities for the Air Force, Navy, and Coast Guard.

This contract allows its customers, including the Marine Corps, Coast Guard, Air Force Special Operations Command, and Air Force Mobile Command, to save funds and use them for other needs.

Lockheed Martin IT will operate the agency’s Woodlawn, MD data center and server and desktop platforms nationwide. The corporation will also manage, work, and maintain all voice, video, and data communications networks.

Engineers in the federal government can take advantage of the PES multiple award schedule. Lockheed Martin has two PES contracts, the G.S. 23F 0113N and the G.S. 23F 0232K. Because of this contract, the company can provide various engineering disciplines like aerospace, chemical, civil, electrical, and mechanical.

One of Lockheed Martin’s government contracts for the C-130J mission sustainment support effort has been granted a $1,420,000,000 indefinite-delivery/indefinite-quantity contract. The C-130J aircraft fleet will be supported and maintained under this contract by a third-party logistics provider.

A total of $309 million in contracts for the manufacture of Javelin missiles and related equipment and services were recently given to the Javelin Joint Venture by the U.S. Army. International buyers, such as Norway, Albania, Latvia, and Thailand, have placed orders for more than 1300 Javelin missiles authorized by the latest Ukraine Supplemental Appropriations Act.

The Javelin Joint Venture, cooperation between Raytheon Missiles & Defense and Lockheed Martin, develops and produces Javelin. Up to 4 kilometers in standard operational settings, the anti-tank and multiple target guided missile system has a fire and forget capability.

Lockheed Martin as a prime contractor

To help small firms create new and creative technologies, Lockheed Martin has partnered with the Federal Government’s SBIR/STTR Program, which launched on September 20, 2017, to work with small enterprises.

How much does Lockheed Martin earn from the government?

There are more than $37.7 billion government subsidies for Lockheed Martin, the world’s most profitable defense contractor.

As of 2018, Lockheed Martin’s $53.7 billion revenue came primarily from government contracts. Legislators in Washington set aside this money to support the purchase of military equipment to preserve the country domestically and overseas.

As of 2021, Lockheed Martin’s net sales to the United States Government amounted to around 42.42 billion dollars. It represents a loss of almost $6 billion in U.S. dollars compared to the previous year.

At a projected USD 1.9 trillion in 2020, defense spending will rise by as much as 3 or 4 % due to the continued modernization and re-capitalization of military forces worldwide. According to the defense industry’s income, Lockheed Martin is the largest defense contractor worldwide.

With its headquarters in Bethesda, Maryland, Lockheed Martin Corporation has become the world’s largest DoD contractor.

Lockheed Martin’s contributions to the government

Half of the company’s annual sales are to the DoD. Lockheed Martin is a top contractor for the DOE and NASA. In 1995, Lockheed Corporation and Martin Marietta Corporation merged to become the company. The business makes fire-control systems, radars, and other aspects of the U.S. Navy’s Aegis Combat System, which tracks hostile targets and coordinates missile defense.