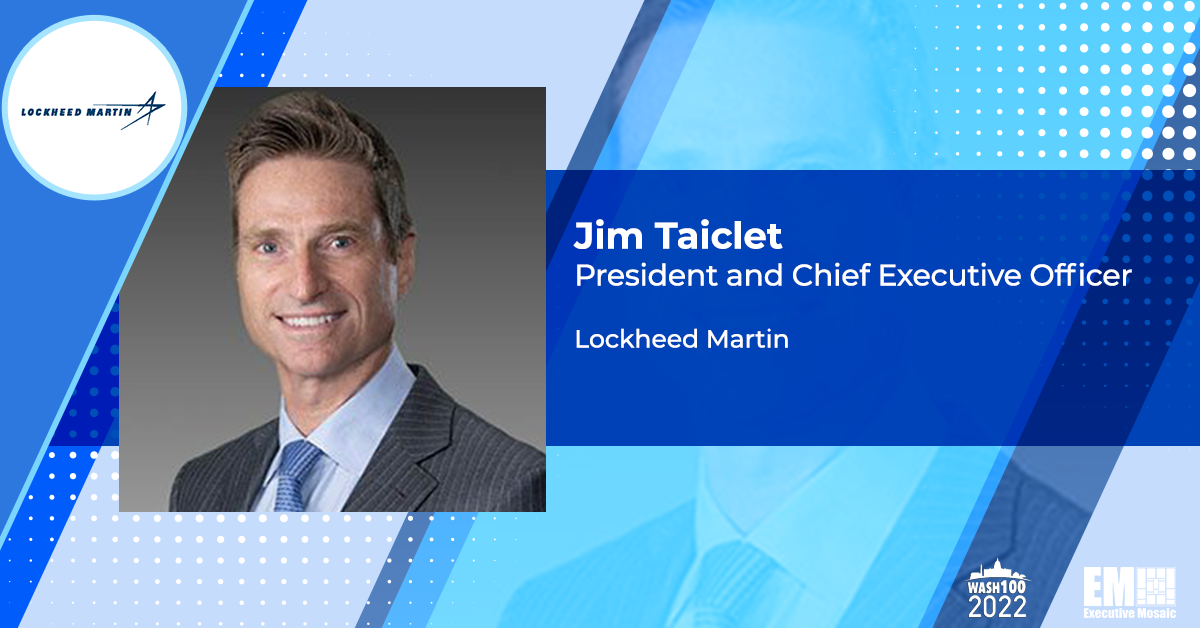 The company reported third quarter net earnings of $6.71 per share, $4.5 higher than the prior year period, and raised its quarterly dividend by 7 percent to $3 per share, with the payment commencing in the fourth quarter.

Lockheed also received the go-ahead from its board of directors to buy back up to $14 billion in additional shares.

Jim Taiclet, chairman, president and CEO of Lockheed, told analysts in a call Tuesday the company expects capital expenditure funding in 2023 to reach nearly $4 billion and continue independent research and development efforts as part of its long-term growth commitment.

Revenue in the company’s aeronautics segment increased 8 percent year-over-year to $7.09 billion, which the company attributed to a higher volume of F-35 production.

Missiles and fires control business sales were $2.83 billion for the quarter, compared to $2.78 billion in the prior year period, while space unit revenue increased from $2.67 billion to 2.88 billion.

L3Harris Technologies‘ (NYSE: LHX) board of directors has approved a plan to repurchase another $3.0 billion of its common stock. The Melbourne, Florida-based defense technology supplier said Friday the additional stock re-acquisition will bring total buyback authorization for L3Harris to approximately $4.5 billion. Stockholders of record as of Nov. 18 will receive a quarterly cash

Lockheed Martin (NYSE: LMT) logged a 3 percent jump in fiscal year 2022 third quarter sales to $16.58 billion and three of the company’s four business areas also posted revenue increases for the July-September period. The company reported third quarter net earnings of $6.71 per share, $4.5 higher than the prior year period, and raised