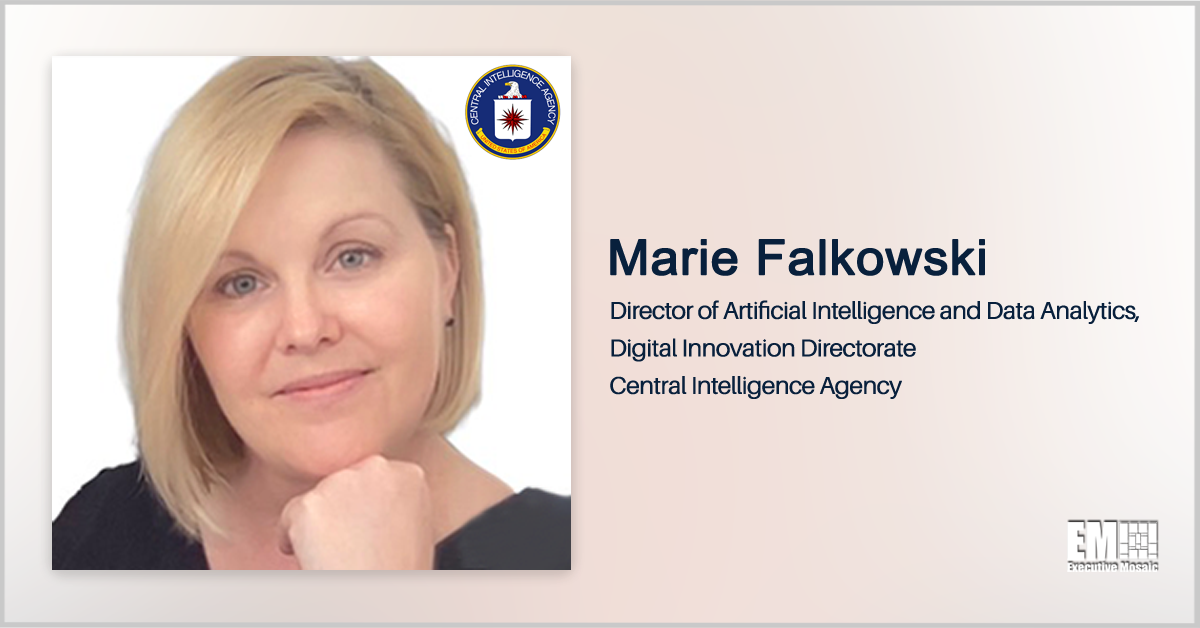 As U.S. adversaries accelerate their use and development of artificial intelligence and data, the intelligence community is driving advancements in these areas to avoid being outpaced and to ensure the country’s technological advantage on the global stage.

But is enough being done, and at a fast enough rate? Marie Falkowski, director of artificial intelligence and data analytics for the Central Intelligence Agency’s Digital Innovation Directorate, suggests maybe not.

The urgency behind Falkowski’s remark stems from an intensifying global race for AI, data and technology dominance. Outlining the threat landscape, Falkowski said China and Russia pose a significant challenge to the U.S. in regards to AI and data due to their lack of “ethical guardrails” in these areas and their disregard for “laws or civil liberties.”

She highlighted Russia’s public stance which posits: “artificial intelligence is the future,” as one that poses “colossal opportunities and threats that are difficult to predict” for the IC and, on a larger scale, for the world.

“Whoever becomes the leader in this sphere, according to Russia, becomes the leader of the world,” Falkowski shared. “So the bottom line is: to win this peer competition, and to beat our adversaries, to maintain a strategic decision advantage on a global scale for U.S. policymakers, we have to have the agility and the scale to work at machine speed in the intelligence community.”

The key to this strategy, Falkoski stated, is data. “At the CIA, we view data as one of our most critical mission assets,” she said.

Now, the CIA is setting its sights on data management, data quality and other factors of data innovation in order to enable meaningful algorithms and ensure the integrity of the intelligence that comes from the agency’s massive troves of data.

“We need data science, we need data analytics to fast track the use of artificial intelligence and machine learning that is going to be able to help our officers work better, faster, smarter, given the unprecedented and exponentially growing amount of data that’s available to us,” commented Falkowski.

Tools like AI/ML and automation are also helping to transform intelligence tradecraft. Falkowski said these tools will inject the CIA’s technical workflow with the speed it needs to meaningfully accelerate critical intelligence missions.

“Some examples of that,” she suggested, “would be things like rapidly triaging and translating foreign language data, to speed up processing and exploitation times, and putting that data in the hands of targeters and all-source analysts within minutes, rather than days and weeks.”

This improves the CIA’s ability to correlate important connections and produce analysis with deeper and more accurate insights. Ultimately, Falkowski noted that this acceleration will help the IC exploit, process and analyze data to inform operations in real time.

AI is already impacting a myriad of industries in the public and private sectors, but Falkowski said the technology uniquely affects the intelligence community and “brings some novel challenges that will require the development of new intelligence tradecraft.” Specifically, the IC is now working to incorporate AI into its tradecraft to deal with elements like deepfakes, malign influence operations and autonomous weapons.

Falkowski recognized that AI poses ethical challenges to the IC, but the CIA is aware of the implications. “We have to implement it in a way that’s fair, that’s equitable and transparent,” she explained. “It has to be explainable and it has to be lawful.”