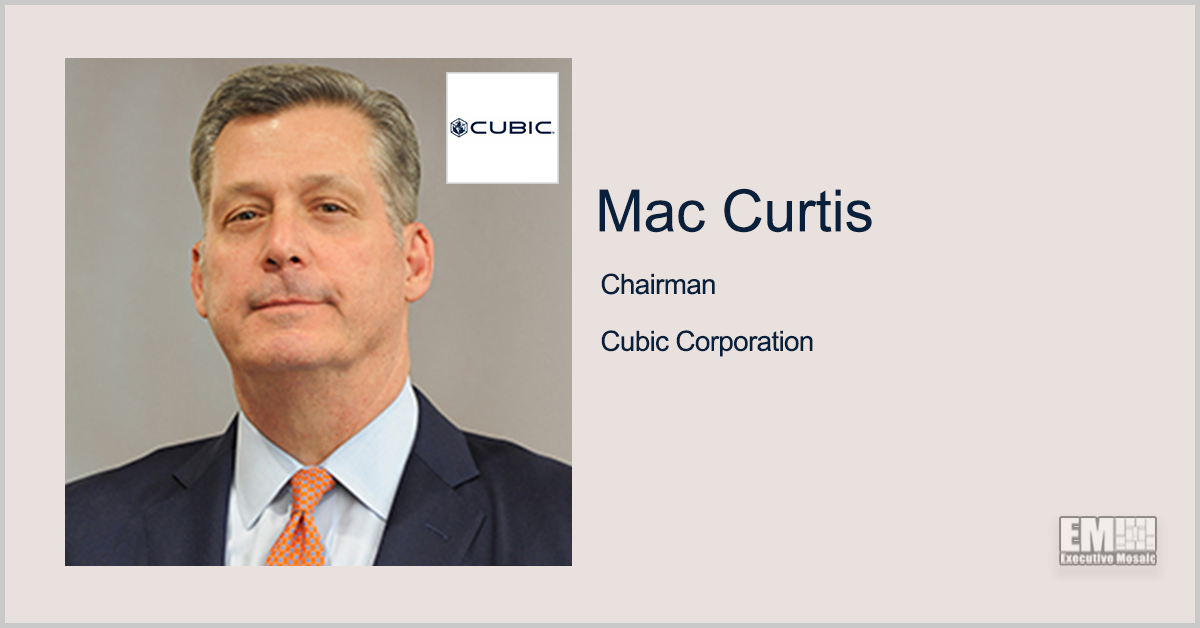 Stevan Slijepcevic, most recently president of electronic solutions at Honeywell’s (Nasdaq: HON) aerospace business, has been named president and CEO of Cubic, the company said Wednesday.

Curtis and Slijepcevic succeeded Brad Feldmann, who stepped down as Cubic’s chairman, president and CEO. Feldmann is a previous Wash100 Award winner.

Curtis brings to the role over three decades of leadership experience in the government tech industry and will work with Cubic’s board and executive team to advance the company’s strategy.

Under his leadership, Perspecta transformed into a $7.1 billion company, leading to its acquisition by Veritas Capital in May 2021. He helped establish Perspecta, which now operates as part of Peraton, as a public government technology services contractor after he merged his company Vencore with DXC Technology’s public sector business and KeyPoint Government Solutions.

Curtis sits on the boards of several organizations, including the Professional Services Council and the Greater Washington Region of the American Heart Association. He also serves as a venture fellow at the McLean, Virginia-based growth equity firm Blue Delta Capital Partners.

Curtis said he looks forward to working with Slijepcevic and the board as the company captures growth opportunities.

Slijepcevic is a more than 25-year industry executive who held numerous positions at Honeywell Aerospace, including president of mechanical systems and components and chief commercial officer. He also worked at Honeywell’s Embraer business as VP of integrated supply chain and VP of navigation and sensors, among other roles.

Slijepcevic said he is excited to leverage his operational experience building up diversified businesses in partnership with the leadership team, Curtis and the rest of the board as Cubic begins its journey looking for growth opportunities as a private company.

Cubic, formerly a publicly traded company, went private in May 2021 after it was acquired by Veritas Capital and Evergreen Coast Capital, an affiliate of Elliott Investment Management, for approximately $3 billion.