Shanahan, a previous Wash100 inductee, will be part of the audit and compensation committees where he brings leadership experience at the DOD and a more than three-decade career with Boeing (NYSE: BA), Spirit AeroSystems said Friday.

He led the department on an acting basis for more than five months after his tenure in the Pentagon’s No. 2 civilian post from July 2017 to January 2019.

Spirit AeroSystems said Fitzgerald, former vice president and general manager of commercial engine operations at GE Aviation, will serve on the audit and the governance and nominating committees. 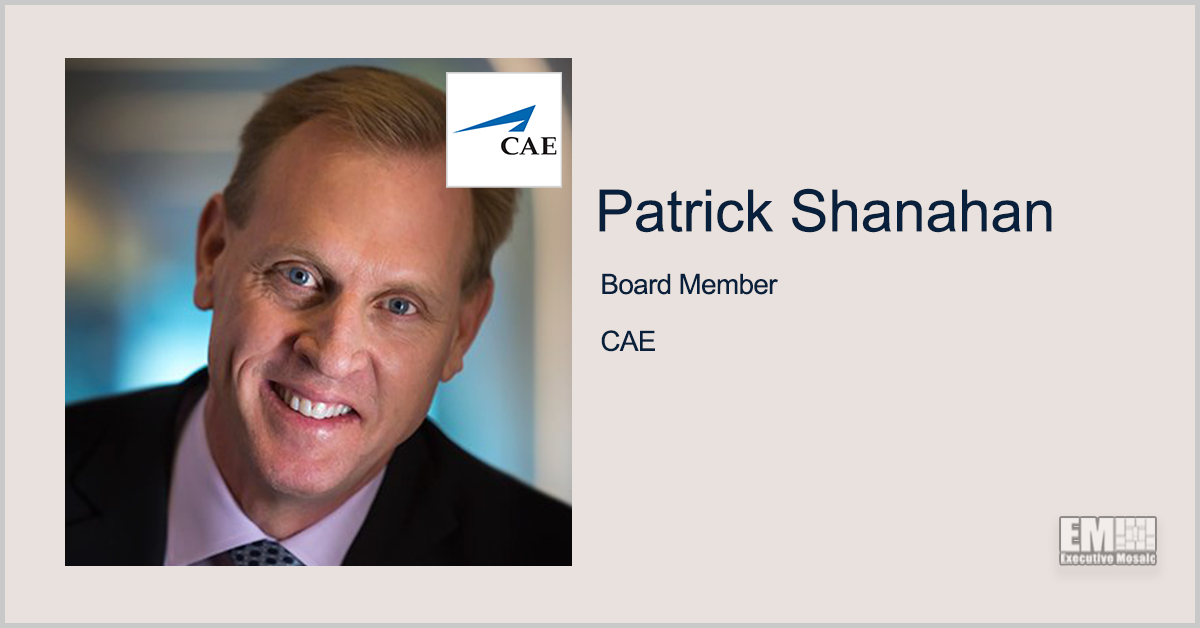 Patrick Shanahan, former acting secretary of the Department of Defense and a previous Wash100 awardee, has joined the board of directors at defense and security platforms manufacturer CAE. Shanahan has gained three decades of sector experience and expertise in areas such as artificial intelligence, cloud computing and cybersecurity modernization, the Montreal-based company said Friday. He