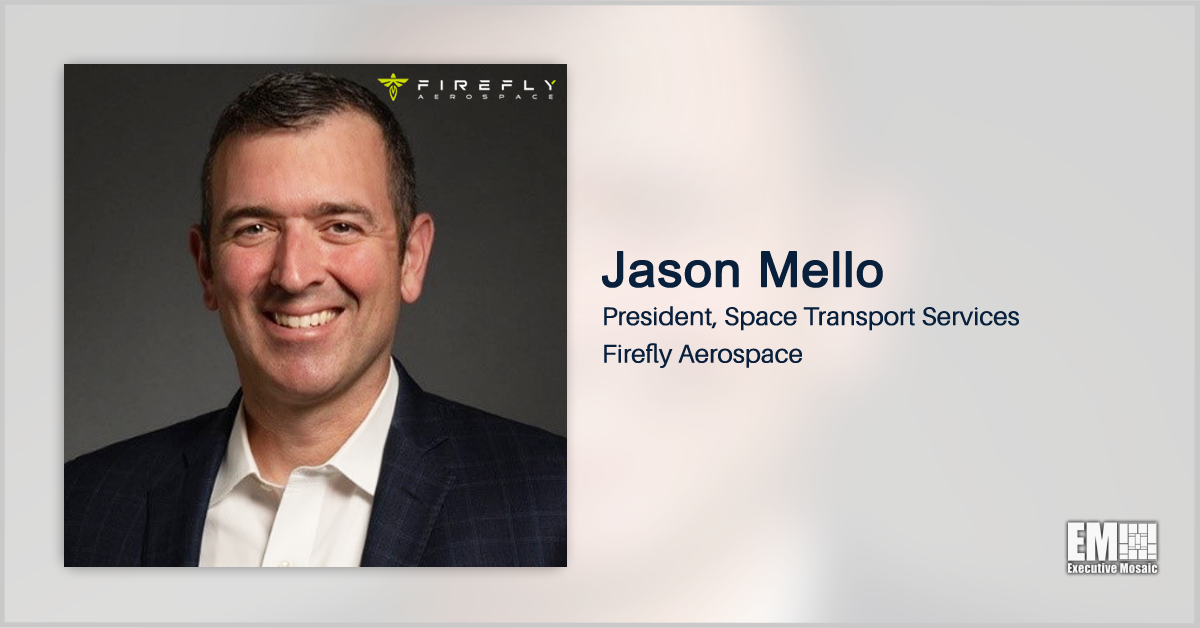 He is responsible for leading what will serve as the launch service provider’s main business development organization for military, civil and commercial markets, Firefly said Wednesday.

The 23-year defense and intelligence community veteran most recently served as chief research and technology officer for science and engineering at the Air Force Office of Scientific Research. In this capacity, he oversaw a research and development portfolio with a $500 million annual budget.

His government career also includes work with the National Reconnaissance Office and the Office of the Undersecretary of Defense for Acquisition and Sustainment.

Mello comes to Firefly after NASA completed a critical design review of Blue Ghost, a lunar lander the company is building under a $93.3 million task order awarded in February through the space agency’s Commercial Lunar Payload Services program.

Jason Mello, formerly a U.S. Air Force official within the service branch’s scientific research office, has been named president of the space transport services subsidiary at Firefly Aerospace. He is responsible for leading what will serve as the launch service provider’s main business development organization for military, civil and commercial markets, Firefly said Wednesday. The
Advertisements