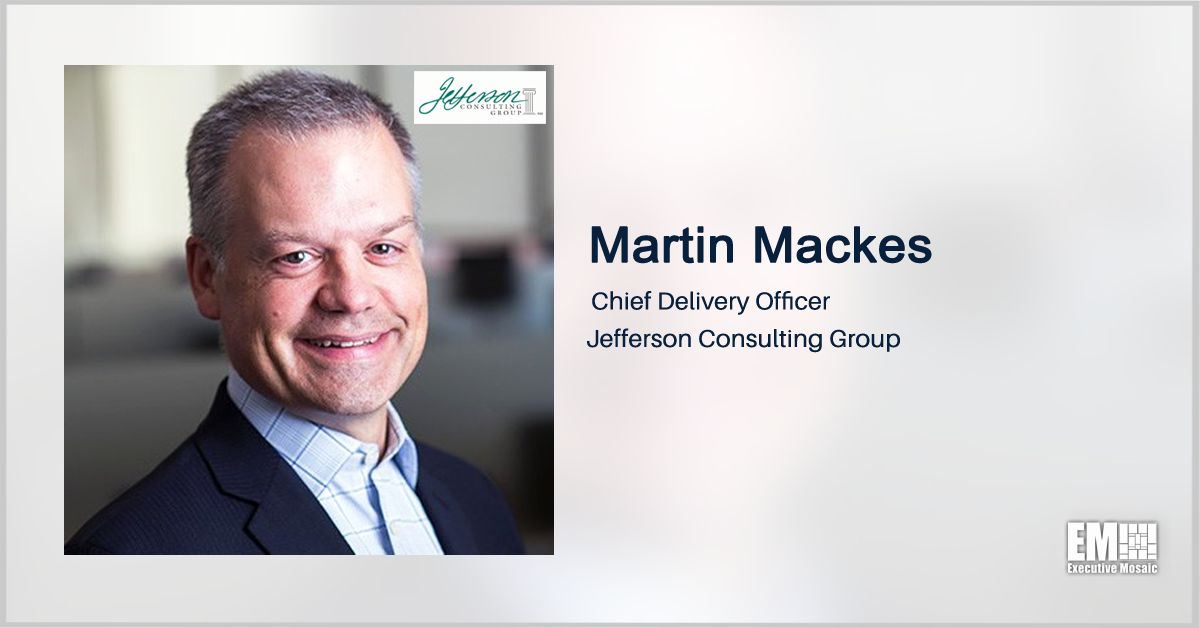 Mackes previously led client service delivery efforts at E3 Federal Solutions, which merged with The Sentinel Co. in November 2018 to create E3/Sentinel and rebranded as Avantus Federal in October 2020.

“I’ve worked with Marty previously and I know his commitment to execution, quality, and people,” Jefferson CEO Janet Clement said.

“His extensive experience gives him a terrific perspective to lead Jefferson delivery and help our clients achieve their missions,” added Allan Burman, the company’s president.

An Old Dominion University graduate, Mackes serves as a board member at the Homeland Defense Business Council.